Falling divorce rates are a result of Co-habiting, So….

Leave a comment Posted by The Cidrìe on September 24, 2011

If you glean your moral precepts from newspapers surveys, here is a little something for you… 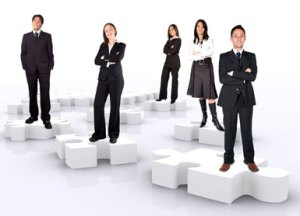 Couples who live together before getting married could be behind the falling divorce rate, research suggests.

Researchers believe the large rise in girlfriends and boyfriends cohabiting could be acting as a ‘firewall’ stopping unstable relationships deteriorating and ending in divorce years later.

International studies have suggested that couples are more likely to separate if they live together first, compared with those who move in only after their wedding.

But the Office for National Statistics (ONS) said [of course they have to add this in sneakily] cohabitation could be seen as ‘promoting rather than competing with marriage.’

A report into marriage and cohabiting suggested rocky relationships were more likely to collapse before two people go down the aisle which is potentially ‘stabilising’ the divorce rate among newlyweds.

The report said: ‘There has been a decline in recent years in the proportion of marriages ending in separation or divorce by the fifth anniversary. We suggest as a hypothesis that the growth of cohabitation may have played a role in this incipient decline.’

Explaining the theory, the report said: ‘This could be so if cohabitation acted as a kind of marital firewall, keeping out of the married population couples whose relationship is more fragile.

Do not be surprised to see another survey in a week or two with another view saying that actually couples who cohabit are the happiest or that those in civil partnerships are the most stable or make the best couples. This is an ever moving target. Opinions will always be swayed and surveys will always change their demographics in their incessant appeals to win the moral and culture wars.

Haven’t you heard as well of how fashionable it is to be divorced? Well, you can even buy yourself a divorce ring. Sure, one 18 carat gold ring created by Spritzer and Furman goes for a cool $3,200.  Just wait to see the Christmas survey. It will say divorce rings are the “must have” accessory for the Hollywood celebrity or the single mother down the street.

Newspaper surveys on morals are as frustrating as a hair cut from a drunkard the morning of your wedding.

Like Loading...
Christianity, Satire cohabitation survey, divorce rings, marriage, Office for National Statistics
← Alabama convicts to choose to either go to jail or go to (wait for it)…yup, CHURCH! That NASA Satellite You Didn’t See! →