Topics That Get Pastors Fleeing For The Door.

Apparently there are topics that more than half the pastors wont even bother preaching on. They will try tooth and nail to dodge them and use every excuse to avoid some topics. Well you see… 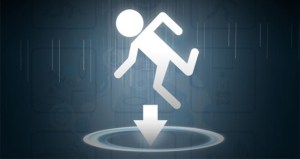 As reported [a while ago] in Your Church magazine, 55 percent of pastors can identify one or more topics on which they would not preach at all or only sparingly, because the sermon could negatively affect their hearers’ willingness to attend church in the future. Among them are politics (38 percent), homosexuality (23 percent), abortion (18 percent), same-sex marriage (17 percent), war (17 percent), women’s role in church and home (13 percent), the doctrine of election (13 percent), hell (7 percent) and money (3 percent).

This is one reason why I love expository preaching. Going one verse after another forces the preacher to preach the whole counsel of the Lord. And if the Bible teaches something, you have to face the text and preach on it….even if the bible calls it sin and your local congregation calls it a lifestyle choice.

Of course if you are a mega church pastor or seeker sensitive pastor, your self preservation instincts revolve around your ability to keep every one happy. In which case, at all costs avoid expository preaching and simply stick to mundane movie sermon series, self motivation leadership conferences and pizza parties. [Republished from July 2011]

Like Loading...
Christianity, Doctrine, Modern Church Pragmatism topics pastors avoid, unpopular sermons, your church magazine
← The most miserable man in Hell. I was Emergent! Many people in the Movement don’t even realise they are Emergent! →

7 responses to “Topics That Get Pastors Fleeing For The Door.”