Christ can soften the hearts which seem hard…

“Christ can soften hearts which seem as hard as the millstone. He can bend stubborn wills which have long been set on self-pleasing, sin and the world. He can create, transform, renew, break down, build and quicken with irresistible power. There are no incurable cases with Christ. Let us never despair about the salvation of others for as long as we live. Let us name them before the Lord day and night and cry to Him on their behalf.” J.C. Ryle

People never reject the Bible because they don’t understand it…. Au Contraire!

The neglected duty of private prayer

We live in days of abounding religious profession. There are more places of public worship than there ever was before. There are more people attending them than there ever was before. And yet in spite of all this public religion, I believe there is a vast neglect of private prayer. It is one of those private transcripts between God and our souls which no eye sees, and therefore one which people are tempted to pass over and leave undone.
I believe that hundreds of thousands never utter a word of prayer at all. They eat. They drink. They sleep. They rise. They go forth to their work. They return to their homes. They breathe God’s air. They travel on God’s earth. They enjoy God’s mercies. They have dying bodies. They have judgment and eternity before them. But they never speak to God. They live like the animals that perish. They behave like creatures without souls. They have not one word to say to Him in whose hand are their life and breath, and all things, and from whose mouth they must one day receive their everlasting sentence. How dreadful this seems; but if the secrets of men were only known, how common. 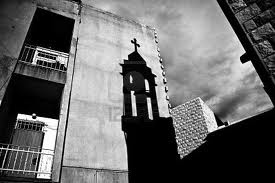 Would you know what the times demand?—The shaking of nations,—the uprooting of ancient things,—the overturning of kingdoms,—the stir and restlessness of men’s minds—what do they say? They all cry aloud,—Christian! do not linger!

Would you be found ready for Christ at His second appearing,—your loins girded,—your lamp burning. yourself bold, and prepared to meet Him? Then do not linger!

Would you enjoy much sensible comfort in your religion,—feel the witness of the Spirit within you,—know whom you have believed,—and not be a gloomy, complaining, sour, downcast, and melancholy Christian? Then do not linger! END_OF_DOCUMENT_TOKEN_TO_BE_REPLACED

Are these your feelings about sin? If not, you should doubt whether your religion is “authentic.”

If I came  across Osteen’s sermon notes and they read something like this I would be somewhat encouraged:

“Christianity which is from the Holy Spirit will always have a very deep view of the sinfulness of sin. It will not merely regard sin as a blemish and misfortune, which makes men and women objects of pity, and compassion. It will see in sin the abominable thing which God hates, the thing which makes man guilty and lost in his Maker’s sight, the thing which deserves God’s wrath and condemnation. It will look on sin as the cause of all sorrow and unhappiness, of strife and wars, of quarrels and contentions, of sickness and death–the curse which cursed God’s beautiful creation, the cursed thing which makes the whole earth groan and struggle in pain. Above all, it will see in sin the thing which will ruin us eternally, unless we can find a ransom,–lead us captive, except we can get its chains broken,–and destroy our happiness, both here and hereafter, except we fight against it, even unto death. Is this your religion? Are these your feelings about sin? If not, you should doubt whether your religion is “authentic.” – J. C. Ryle

HT Friends on FB for this quote.

5 marks of the Holy Spirit in a Believer

1. The Spirit awakens a person’s heart.

2. The Spirit leads to the Word.

3. The Spirit convinces of sin.

4. The Spirit makes a person love the brethren.

Why aren’t Christians popular? Why are they persecuted and called ‘bigoted’?

“We have no reason to be discouraged and cast down if the religion we profess is not popular and few agree with us. We must remember the words of our Lord Jesus Christ in this passage: ‘The gate is narrow’. Repentance, and faith in Christ, and holiness of life, have never been fashionable. The true flock of Christ has always been small. It must not move us to find that we are reckoned singular, and peculiar, and bigoted, and narrow minded. This is the ‘narrow way’. Surely it is better to enter into eternal life with a few, than to go to ‘destruction’ with a great company” – J.C. Ryle

J.C Ryle on the condition of men’s hearts all over the world.

When I turn to the map of the world I must say the same thing. It matters not what quarter I examine—I find men’s hearts are everywhere the same, and everywhere wicked. Sin is the family disease of all the children of Adam. Never has there been a corner of the earth discovered where sin and the devil do not reign. Wide as the difference is between the nations of the earth, they leave always been found to have one great mark in common. Europe and Asia, Africa and America, Iceland and India, Paris and Peking—all alike have the mark of sin. The eye of the Lord looks down on this globe of ours, as it rolls round the sun, and sees it covered with corruption and wickedness! What He sees in the moon and stars, in Jupiter and Saturn, I cannot tell—but on the earth I know He sees sin. (Psalm 14:2, 3.) ~ J.C. Ryle

…it is not always those who have most religious privileges, who give Christ most honor. We might have thought that the Scribes and Pharisees would have been the first to hasten to Bethlehem, on the lightest rumor that the Savior was born. But it was not so. A few unknown strangers from a distant land were the first, except the shepherds mentioned by Luke, to rejoice at His birth. “He came unto his own, and his own received him not.” What a mournful picture this is of human nature! How often the same kind of thing may be seen among ourselves! How often the very people who live nearest to the means of grace are those who neglect them most!

J.C Ryle on head knowledge of the bible.

It is good to every so often sit down and examine yourself to see if you are walking right with God. No one says this better than J.C Ryle:

Let us all beware of resting satisfied with head knowledge.It is an excellent thing,when rightly used. But a man may have much of it,and yet perish everlastingly. ~ J.C.Ryle

Do not let your zeal for righteousness and holiness and personal sanctification wax cold.

How England was Revived in the 18th Century.

That a great change for the better came over England during the 18th century is a fact that I suppose no well-informed person would ever attempt to deny. You might as well attempt to deny that there was a Protestant Reformation in the days of Luther, a Long Parliament in the time of Cromwell, or a French Republic at the end of the 18th century. There was a vast change for the better. Both in religion and in morality, the country gradually went through a complete revolution. This is a great fact that even the irreligious cannot deny, however they may attempt to explain it.
But, by what means was this great change effected? To whom are we indebted for the immense improvement in religion and morality that undoubtedly came over the land? Who, in a word, were the instruments whom God employed in bringing about the great English reformation of the 18th century?

The government of the country can lay no claim to the credit for the change. Morality cannot be called into being by laws and statutes. People have never yet been made religious by acts of government. In fact, the parliaments and administrations of the 18th century did as little for religion and morality as any that ever existed in England. Nor did the change come from the Church of England as a body. The leaders of that venerable institution were utterly unequal to the times. Left to herself, the Church of England would probably have died of pride and inactivity.

Nor did the change come from the independent churches of the dissenters. Content with their recently won freedoms, that worthy body of men seemed to rest upon their oars. In the general enjoyment of their new rights of conscience, they forgot the vital principles of their forefathers as well as their own duties and responsibilities. END_OF_DOCUMENT_TOKEN_TO_BE_REPLACED

Examine yourself my friend:

Resolve by the grace of God, if you love life, that you will have regular seasons for examining yourself, and looking over the accounts of your soul. “Stand, and see” where you are going, and how matters stand between you and God. Beware of perpetual hurried prayers, hurried Bible-reading, hurried church-going, hurried communions. Commune at least once a week with thine own… ~ J.C Ryle