I Don’t Say Sin Any More…

Is there still any reverence for the Holy and sacred things of God these days? What ever happened to the good old sermons about sin, righteousness and judgement? They called some of these ‘fire and brimstone’ sermons and phased them out of most churches, radios  and television. Have you ever listened to Jonathan Edwards’ sermon ‘Sinners in the hands of an angry God’? Not even so called christian broad casters feature such sermons any more. These sermons are deemed ‘volatile’ and dont draw ratings they say.  But they make a fatal error as they gladly proclaim a new gospel. One that is billed as the best thing since sliced bread called  Gospel lite -the health, wealth and prosperity gospel.

Flip to a typical modern christian church sermon broad cast and what do you see? A young man who should be a pastor struts around an arena with spandex and jiggles as he lays his closed bible on the Plexiglass pulpit that casts a silhouette against the laser lit giant screen behind him. It’s Sunday and the topic is self esteem and positive confession…for the fifty second time that year. ‘This is our year of destiny’ reads the banner that has always been flown year in and year out. New visitors and tourists stagger in awe as they trudge through the church programme.The message elates them and sure enough tickles their fancy enough to bring them back the next week.

In this rat race to attain relevance and give the people what they want some churches seem to have gotten derailed and are past lukewarm and well into getting frozen stiff. The music may be loud, the numbers great and programmes endless but should it be at the cost of the gospel?

Churches seem to be focusing on trivial material concerns. While the work of evangelism is left largely un attended to with the pressumption that if church services are made entertaining and groovy enough, then the world will come for the entertainment and get prosletysed as they get lost in the corridors of the church complex. This in legal terms borders depraved negligence. Which reminds me of the recently published records of emergency calls made by the public. 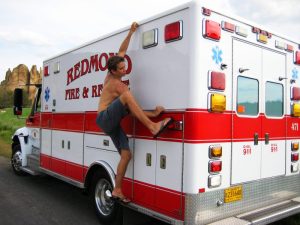 Police in Sussex have revealed examples of ludicrous emergency calls, including one woman who became so distressed about losing her slippers she dialled 999.

Another phoned up as an unexpected delivery was under way – her gerbil had gone into labour. Call handlers at Sussex Police expect to deal with life-threatening situations, but have recently had to field calls about smelly drains and an unsatisfactory hotel room.

Devon and Cornwall police released a similar list in January. One man phoned up because his Chinese takeway was late, while a woman panicked and called police after she woke up with a duvet around her head.

Other calls to Sussex Police included:

The church has got the life saving message of  reconciliation with God. Jesus said, “You are the salt of the earth. But if the salt loses its saltiness, how can it be made salty again? It is no longer good for anything, except to be thrown out and trampled by men.” Our message then becomes nonsensical and worse than the junk crank calls to an emergency call centre. No wonder we have false fires and endless laser light and pyrotechnic  shows when we should be screaming from roof tops:  Repent, then, and turn to God, so that your sins may be wiped out, that times of refreshing may come from the Lord Acts 3:19

Its really a big shame that some churches still dont say “sin” any more. I will!