The Emperor Steps Out in His New Clothes…Again!

Not many people will not recognise the name Harry Emerson Fosdick. Yet the fabric of most Christian Bestsellers, Contemporary Christian Music, Self Help Literature and Pop motivational psychology is dipped in an age old Self Esteem gospel chalice that was popularised by Mr. Fosdick. Speaking of fabrics, remember the Hans Christian Andersen story of The Emperor’s New Clothes?

The story is told of two enterprising swindlers who come to the town where the emperor lives. They persuade him that they can make royal apparel which can only be seen by people who are wise and suited to their jobs. The gullible and impressionable emperor, who pays more attention to his clothes is excited about getting these special new clothes. At last, the day comes for the Emperor to generously pay for the clothes and he puts them on. He puts on the imaginary clothes as best he can and sets out. Stark naked, he marches out onto the main streets with a grand procession in tow. A bemused child in the crowd finally can’t stand it any longer and screams in fascination: “The emperor has no clothes!” At this, everyone else in the crowd admits this is true, and the emperor himself realizes that he is naked.  Angry, frustruated and embarrassed, the beleaguered emperor cringes in hypocrisy. He however  grimacingly holds himself up as his counsellors pretend to carry the  imaginary trendy coat tails and continues the very long walk down through the town to the amusement of children and townfolk .

Any time the gospel of Jesus Christ is diluted by removing sin, righteousness and judgement the biggest risk is more hypocrisy and  frustration when it finally dawns that the perveyors (despite their new found fame,  pomp and popularity) are still stark naked. The worst nakedness is finding that the short cut created actually takes you and leaves you  far from God and still on collision course with his Holy wrath.

“For since in the wisdom of God the world through its wisdom did not come to know God, God was well-pleased through the foolishness of the message preached to save those who believe. For indeed Jews ask for signs, and Greeks search for wisdom; but we preach Christ crucified, to Jews a stumbling block, and to Gentiles foolishness, but to those who are the called, both Jews and Greeks, Christ the power of God and the wisdom of God.” (1Corinthians 1:21-24) 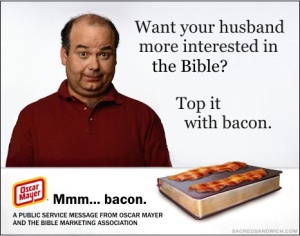 Harry Emerson Fosdick (May 24, 1878-October 5, 1969) was an American clergyman. As a liberal and modernist Baptist minister, Harry rose to prominence as the weekly preacher at New York City’s First Presbyterian Church (1918-1924). Fundamentalist Christians nationwide attacked his view that ‘modern Christians’ could doubt doctrines such as the literal truth of the Bible and the virgin birth of Jesus and still remain faithful. The modernists denied the authority and inerrancy of Scripture. Fosdick ultimately would not acknowledge the literal reality of God’s wrath toward impenitent sinners. To him, ‘the wrath of God’ was nothing more than a metaphor for the natural consequences of wrongdoing. His theology would not tolerate a personal God whose righteous anger burns against sin. To Fosdick, the threat of hell fire was only a relic of a barbaric age.

His sermons were often creative, inventive and topical-not that he denied everything in the bible. He cherry–picked the bits he liked to front his liberalism. The key was to centre the message on human needs and understand Christian ministry as a “helping profession” hence incorporating psychology. Fosdick quickly provided a way to simultaneously hold to liberal assumptions and still have a version of the Christian religion.

This was the beginning- a churning of the silken threads that would later morph into a version of Christianity that was so friendly and suave in appearance leading to impressively astronomical numbers of church attendances and seekers. Mr Fosdick was described a “protean man” whose public talents needed no advertisement or apology and whose private life resembled “the rose without the thorn.”

After the modernist controversy of the late 19th and early 20th centuries, there was a huge upheaval in American Christianity. He was later hired as pastor of a Baptist church whose most famous member was Multi-millionaire John D. Rockefeller, Jr., who then funded the Riverside Church where Fosdick became pastor. As soon as the doors opened in October 1930, he became the Time magazine cover story on October 6, 1930. With wealthy benefactors like John D. Rockefeller, Jr., who was ubiquitous in Fosdick’s career, and prominent public-relations experts like Ivy Lee, Fosdick was retailed like “breakfast cereal through market analysis, mass distribution and image-building.”

These were the days when Christians literally beat down the doors to get into church. “Crowds Smash Door: Near Riot to Hear Fosdick” ran the headlines of a 1924 newspaper. It was not uncommon for people to wait in front of the church for more than two hours in what they called the “bread line” so that they could be fed at Fosdick’s table. Church members were ticketed to ensure seating, but others had to find fragments of nourishment where they could, with some sneaking into already packed balconies through fire escapes and other evasive subterfuges, and with Fosdick’s own seat filled by a standee as soon as he entered the pulpit. – Liberalism and Lost Days: Re Evaluation of Fosdick

Fosdick provided a way to simultaneously hold to liberal assumptions and still have a version of the Christian religion. Norman Vincent Peale, whom Fosdick knew and admired, carried on a similar version of liberalism geared for the mass media. Peale’s profound influence was later to impact a young man- Robert Harrold Schuller. 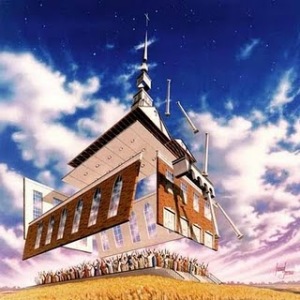 Mr. Schuller’s was the first-ever all-glass church and was dedicated on September 14, 1980 “To the Glory of Man for the Greater Glory of God.” Schuller’s intent was to fill his church, to do this he sought to discover to know what people wanted and make them comfortable to come to church. He went from door to door asking them what type of church they would like to attend. His mission was to change his church to a place where non-Christians would feel comfortable enough to come in and then eventually “accept Jesus.” This would be accomplished by preaching only positive messages! Anything on the sinfulness of man and his fallen condition was eliminated. This creative concept made him revamp his sermons into motivational sessions and before long sure enough his church was spring boarded to mega-church stardom with a congregation in excess of 10,000. This sophiscated social gospel or church growth model has been an inspiration to other seeker sensitive church strategists like Bill Hybels and Rick Warren(Author, Purpose Driven Life).

Schuller’s success came from preaching the new “Gospel of Positiveness and Success”. Focusing on self esteem and life enhancement it was instantly embraced by numerous unbelievers, Muslims, New Agers and quite a large number of Christian leaders as well. Schuller believed he had found a basic defect in Christianity. He said in his book Self Esteem: the New Reformation, “What is that basic flaw? I believe is it the failure to proclaim the gospel in a way that can satisfy every person’s deepest need – one’s spiritual hunger for glory. Rather than glorify God’s highest creation – the human being – Christian liturgies, hymns, prayers, and scriptural interpretations have often insensitively and destructively offended the dignity of the person…”

“In this new reformation of self-esteem, the first thing required is to pull God down from His supremely elevated place so you can then lift yourself up, replacing God-exalting theology with man-exalting self-esteem psychology. [And] to pull this off requires altering and misinterpreting the Bible and the gospel for the grand purpose of making people feel better about themselves, so they can fulfil their dreams and realize their visions.” – Hard to Believe, John Macarthur

Never the less Robert Schuller’s books became house-hold names on the The New York Times best-seller list. Schuller’s influence has indeed had a tremendous impact on our culture. The message of Christ without dealing with sin is having a broad appeal. What Robert Schuller, Norman Vincent Peale, and Harry Emerson Fosdick herald is a seamless garment meant to dress up the nakedness of moral man. In convincing many by a form of godliness but denying the power thereof, they have made many buy into believing in the emperor’s invisible coat of many colours. It behooves us to remember Charles Finney’s regret:

I was often instrumental in bringing Christians under great conviction, and into a state of temporary repentance and faith . . . . [But] falling short of urging them up to a point, where they would become so acquainted with Christ as to abide in Him, they would of course soon relapse into their former state.

The largest Christian movement of the 21st century is the seeker-friendly purpose driven explosion of churches. Similar to the Church in Laodicea, most of those attracted by these authors and the seeker friendly purpose driven churches share a worldview where evil on earth is conquered through the good will of men. The words of Jesus to the Church in Laodicea or any emperor still resonates loud and clear today:

“I know your works: you are neither cold nor hot. For you say, I am rich, I have prospered, and I need nothing, not realizing that you are wretched, pitiable, poor, blind, and naked. I counsel you to buy from me gold refined by fire, so that you may be rich, and white garments so that you may clothe yourself and the shame of your nakedness may not be seen…” Rev 3:15-18

Like Loading...
Christianity Charles Finney, crystal cathedral, harry emerson fosdick, robert schuller
← How To Get Upgraded To First Class And Witness To A Jonas Brother Israel: Look No Pat Downs or Scanners. →

5 responses to “The Emperor Steps Out in His New Clothes…Again!”