So What is The Purpose of Church Discipline?

In this day when discipline is hard to institute in a church, its not that uncommon to find this long forsaken practice all together abandoned to the detriment of the body of Christ. So, what is the purpose of church discipline? 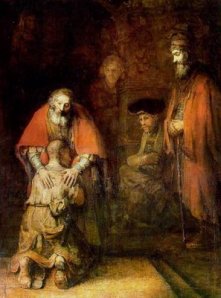 In such corrections and excommunications, the church has three ends in view.

The first is that they who lead a filthy and infamous life may not be called Christians, to the dishonor of God, as if his holy church [cf. Eph. 5:25-26] were a conspiracy of wicked and abandoned men.  For since the church itself is the body of Christ [Col. 1:24], it cannot be corrupted by such foul and decaying members without some disgrace falling upon its Head.

Therefore, that there may be no such thing in the church to brand its most sacred name with disgrace, they from whose wickedness infamy redounds to the Christian name must be banished from its family.  And here also we must preserve the order of the Lord’s Supper, that it may not be profaned by being administered indiscriminately.

For it is very true that he to whom its distribution has been committed, if he knowingly and willing admits an unworthy person whom he could rightfully turn away, is as guilty of sacrilege as if he had cast the Lord’s body to dogs.

On this account, Chrysostom gravely inveighs against priests who, fearing the power of great men, dare exclude no one.  “Blood,” he says, “will be required at your hands. [Ezek. 3:18; 33:8.]  If you fear a man, he will laugh at you; but if you fear God, you will be revered also among men.  Let us not dread the fasces, the purple, the crowns; here we have a greater power.  I truly would rather give my body to death, and let my blood be poured out, than participate in that pollution.”  Therefore, lest this most hallowed mystery be disgraced, discretion is very much needed in its distribution.  Yet this can be had only through the jurisdiction of the church.

The second purpose is that the good be not corrupted by the constant company of the wicked, as commonly happens.  For (such is our tendency to wander from the way) there is nothing easier than for us to be led away by bad examples from right living.

The apostle noted this tendency when he bade the Corinthians expel the incestuous man from their company.  “A little leaven,” he says, “ferments the whole lump.” [I Cor. 5:6].  And he foresaw such great danger here that he prohibited all association with him.  “If any brother,” he says, “bears among you the name of fornicator, miser, worshiper of idols, drunkard, or reviler, I do not allow you even to take food with such a man.” [I Cor. 5:11 p.]

The third purpose is that those overcome by shame for their baseness begin to repent.  They who under gentler treatment would have become more stubborn so profit by the chastisement of their own evil as to be awakened when they feel the rod.  The apostle means this when he speaks as follows: “If anyone does not obey our teaching, note that man; and do not mingle with him, that he may be ashamed” [II Thess. 3:14 p.].

Likewise, in another passage, when he writes that he has delivered the Corinthian man to Satan: “that his spirit may be saved in the Day of the Lord” [I Cor. 5:5]; that is (as I interpret it), Paul gave him over to temporary condemnation that he might have eternal salvation.  But he speaks of “delivering over to Satan” because the devil is outside the church, as Christ is in the church.  Some authorities refer this phrase to a certain vexing of the flesh, but this seems very doubtful to me.

Excerpt from John Calvin on Church Discipline, The Institutes of The Christian Religion.

Like Loading...
Calvinism, Christianity, Reformed Theology church discipline, john calvin, the institutes of the christian religion
← The George Street Story When Will Heresies Like Sabellianism, Modalism, and Monarchianism Come Back? →