Spurgeon on Trends in Evangelicalism 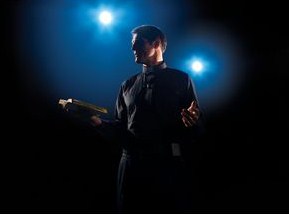 “We have nowadays around us a class of men who preach Christ, and even preach the gospel; but then they preach a great deal else which is not true, and thus they destroy the good of all that they deliver, and lure men to error. They would be styled “evangelical” and yet be of the school which is really anti-evangelical.”- Charles Spurgeon

2 responses to “Spurgeon on Trends in Evangelicalism”