Does re-orientation or conversion therapy work? 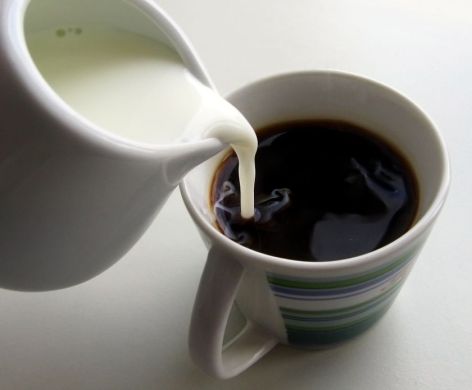 Matt has an interesting post on conversion therapy. Matt is a 23-year-old blogger who is sharing his testimony of being engrossed in a homosexual lifestyle and heavy drinking till two years ago when Matt was transformed by the gospel of Jesus Christ (he is no longer a practicing homosexual by the grace of God). I would suggest you read his testimony here. He asks pertinent questions in this article. Do we come to Jesus because of the things we can get from him? Read on….

Although I fully support biblical and spiritual counseling, I am not the biggest fan of the idea of conversion therapy. Nor am I a fan of programs that lead people to focus more on their desire to haveheterosexual attractions than their to desire to know Jesus Christ (who, by the way, is the only One who holds the power to create such a transformation in sexual desires). I just can not bring myself to support the idea of putting someone through a systematic program solely in order to “re-orient” them. Now, with that said, there are many biblical, Christ centered programs out there who help sexually broken people find healing by pointing them toward the grace of God found in Jesus Christ. I would take a bullet for these kinds of ministries, being that I myself struggle with homosexuality and know how confusing and lonely it can be at times. These ministries do great, glorifying work in the Name of Jesus that help many people. They are far from perfect, but what ministry can claim perfection?

Before I became a believer, I heard about Christians who had claimed to be “cured” of their homosexuality by means of conversion therapy, but then these people would later be found in gay bars or having sex with men they met on the internet. After becoming a believer, I have seen and heard this even more frequently. I think the title conversion therapy is often erroneously placed on organizations that are not trying to sexually “re-orient” people, but rather are helping people to find healing through the means of an intimate relationship with their Creator and Savior. Those who have a sound biblical perspective on homosexuality know that the issue of same sex attraction is really just a symptom of a much deeper problem stemming from the innate brokenness and sinfulness of the person’s heart. Sexual re-orientation is not the goal; holiness in Christ by the power of the Holy Spirit is the goal. Many Christian programs that help homosexuals know that they must start at the root of the problem, the heart. The new, living heart of a born again Christian needs to be saturated with the grace and truth of God, and through that pouring in of grace and truth God starts to bring renewal and healing in the “surface” areas of the person’s life; like sexuality. I believe this is what many programs, such as Exodus International, are striving to do and we as a Christian community need to come together and fully support them.

Should these programs be banned as some wish them to be? Absolutely not. But I also do not believe that anyone who is capable of cognitive decision making should be forced, against their will, to enter into programs that help the sexually broken. Although the parents of kids and teens that claim to be gay only have the best interest of their child at heart, they must realize they do not hold the power in their hands to give spiritual life to someone who is spiritually dead. If the young person is open to going to Christian counseling, by all means, get in the car and GO! But if they are completely resistant to the idea, the concerned parents would do them more good to just say “okay”, go into the other room and hit their knees to the floor in fervent prayer for their lost child. Only God can give someone the desire to want Him, to know truth, and to pursue Christ.

I can’t end this discussion without clarifying that even in pursuing healing solely through the grace of God in Jesus Christ, it is not promised that we will be fully delivered from all of our weaknesses in this present sinful age; which is why the focus of Christianity should never be on what Jesus can do for us, but on Jesus Christ Himself and what He already has done for us. Someone who was once an alcoholic will likely always have to fight the temptation to drink. A sex-addict will most likely always have to turn from his desire to have sex with every attractive woman he encounters. Likewise, a former partaker in homosexual behavior will perhaps always have to fight their attraction to the same sex. But I will tell you this; it does get a whole lot easier! I can, in truth, emphatically say that the longer I keep turning away from my homosexual desires, their intensity weakens. Have I gone through a program or ministry that helps homosexuals? No, I haven’t. But I know Jesus Christ <;;— and THAT is the solution.

Like Loading...
Charismania, Christianity Christ, Christianity, Conversion therapy, Holy Spirit, Homosexuality, Jesus, matt moore
← I went to St. Paul’s Cathedral (No, not to meet the Queen)! Welcome to the land where pastors don’t wipe their own sweat. →