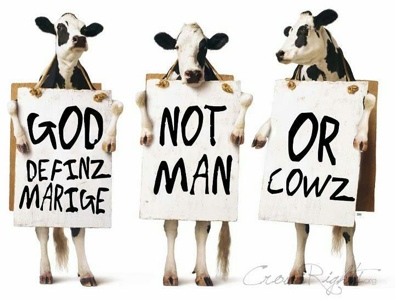 The same-sex marriage question has always provoked lively debate of late. Every body has an opinion. Its true opinions are like noses – every body has one. There is a vast variety of opinions on the issue of marriage equality within the gay and lesbian community. A recent panel discussion in Sydney during a Sydney Writers Festival asked a provocative question: Why get married when you could be happy? One female speaker was rather forthright:

It’s a no-brainer that we should have the right to marry, but I also think equally that it’s a no-brainer that the institution of marriage should not exist [cheers from the audience].
That causes my brain some trouble. And part of why it causes me trouble is because fighting for gay marriage generally involves lying about what we are going to do with marriage when we get there—because we lie that the institution of marriage is not going to change, and that is a lie. The institution of marriage is going to change, and it should change. And again, I don’t think it should exist. And I don’t like taking part in creating fictions about my life. That’s sort of not what I had in mind when I came out thirty years ago. I have three kids who have five parents, more or less, and I don’t see why they shouldn’t have five parents legally….

[After my divorce,] I met my new partner, and she had just had a baby, and that baby’s biological father is my brother, and my daughter’s biological father is a man who lives in Russia, and my adopted son also considers him his father. So the five parents break down into two groups of three…. And really, I would like to live in a legal system that is capable of reflecting that reality. And I don’t think that’s compatible with the institution of marriage.

So is the brouhaha only about same sex equality? That’s as honest as it gets. Some want “the institution of marriage” to be redefined and made inclusive if not elastic. Why do I think if each and every one of us was to redefine marriage to suit our fantasies the boundaries would be boundless and “legally” vague?

Like Loading...
Christianity, Faith chick Fil-A, institution of marriage, morality debate, Same-sex marriage, Sydney writers festival
← The Best Baby Outfit…Ever! Does God not save all because some are too Sinful and Depraved? →