Leave a comment Posted by The Cidrìe on December 21, 2012 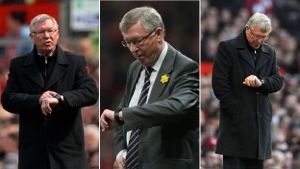 It’s a few minutes past 11.00Am and it’s the 21st December 2012. Nothing has happened here! Nothing happened in Australia (who are rather doing well down under and enjoying 22nd December) by the way. But a little chuckle about this Mayan calender craze and a hat tip to soccer fans for this rib cracker.

If the world were to end on the 21st December 2012, the only place you would want to be is next to Sir Alex Ferguson. He ALWAYS gets extra time! ~ Anonymous soccer fan

By the look of things we seem to be in ‘Fergie time’ now. 🙂