10 Signs of a Carnal Church

This is a fascinating take on the state of affairs in the church today as chronicled by CRAIGE LEWIS of EX Ministries.

Finding a worldliness free church these days can be disheartening. There are so many crooks and devils pastoring churches these days, it can be a chore finding a service that will meet your needs rather than tickle your fancy. The bible tells us that the Devil can transform himself into an angel of light and his ministers into ministers of unrighteousness. Why in the world would a person desire to be in a church that is full of unrighteousness and carnality? Why not just club, party, and hang out in the world where that stuff belongs? I don’t understand why people even involve the church of God in their wickedness. What is the point? If you are in sin, then why practice sin and claim him?

But we see the church morally declining because of the leaders that are put up by carnal people. It’s not just the Pastors fault, but it’s the people that heap upon themselves these teachers, desiring to live worldly and carnal while claiming the God of our salvation. Let’s explore the 10 signs of a carnal church so that those of you that are really searching for a worship house will not have to sit through multiple takes of foolishness to make a decision. You do not want to expose your family to the umbrella of foolishness that many of these churches are operating under. So, here are the 10 signs of a carnal church:

10. Cash Money Evangelists – When you find out that preachers like the “money cometh man” has visited this church or they are under them in any way, make that your first and last visit! Pastors that want money will bring these thieves in or set themselves under them to be in position to get rich. They will use the pulpit like an Amway presentation and bring in these money stealing evangelist to generate income. This is a trick because while the Pastor gets richer, the people in the church get dumb and poor. Some will prosper because they were already prosperous, but the average person will never get any more than they would have already gotten had they not financed foolishness. Beware, it’s a spiritual pyramid scheme!

9. Financial focus – When you hear about offering and tithes before the offering period, beware. When you keep hearing about blessings, season, harvest, destiny, purpose, breakthrough, and especially FAVOR, then know you are being set up. All these things should pertain to soul winning, but when they are used as financial buzz words, then you know the pastor needs cash. The bible says that the love of money is the root of all evil and anytime money is overly emphasized in a ministry, there is evil following it. So, if they have a space on the visitors card to state your income bracket, proceed to the nearest exit!

8. Bad language – Any pastor that will use profanity in his pulpit is childish! That is one of the most carnal things you will ever see and it speaks volumes of the pastors lifestyle outside of the church. The bible says that if the tongue is out of order, the rest of the body is as well, so, you just got your sign on whether or not this is the person to bring your family under. And if the word for every Sunday is “SEX” then you know something is going on. PG-13 is too high a rating for Sunday morning worship. Why in the world would anyone tolerate a cussing pastor? Are we that desperate for a man to be over us that we would allow him to do what many of us don’t do in front of our own families? What a shame and yet it is happening at an alarming rate.

7. Divorce rate – You can learn a lot about a ministry and what kind of attacks it is experiencing by the number of divorces that are occurring. When people in leadership of a ministry divorce, it’s not the same as lay members divorcing. God hates divorce because it essentially says that people are giving up and not giving him a chance to reconcile them. Don’t get me wrong, sometimes, the circumstances may call for divorce based on abuse, or one party not being willing to work it out, but when people just mutually agree that they don’t want each other anymore, then that is what displeases God. And a church that is full of divorced couples is dangerous. Especially when it’s in the leadership and they can’t seem to work out their differences. And you never want to put yourself under a pastor that struggles with marital issues. When a man’s focus is his church rather than his family, beware. He is a hound dog on the prowl, seeking gratification outside his own home! Believe That!!!

6. Sinful Alliances – When the Bishop or Leader of the parent organization of your church is brought in by the pastor, check him out. If he has a bunch of homosexuals flying around with him or he is carnal and devilish, then expect the same from your pastor. A man cannot sit under wickedness long, without being affected by it. Psalms tells us that the wicked walk around freely when the vilest of men are exalted. When men come under foul leaders, they are essentially saying that they would rather position themselves for a position in the organization than protect their church from sinfulness. After all, isn’t being apart of a wicked organization saying that you are in essence in favor of wickedness? Be careful of this double standard. It’s not about the organization in God’s eyes, but it’s about the people that the Pastor is suppose to be caring for. 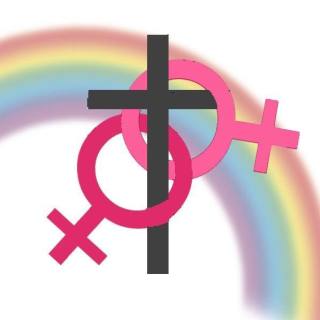 5. Homosexuals and Lesbians – If you walk into the building and they are everywhere, leave! Any man that attracts homosexuals is a homosexual. Any pastor that allows homosexuals to roam freely in his ministry is probably a homosexual. Any man that defends the gay lifestyle is most likely gay. Any man that has a tolerance for the lifestyle is probably gay. Any man that doesn’t get squeamish when they are surrounded by homosexuals likes the attention. People, why are we playing around with this? Why are we making this a non issue? It’s an obvious problem. Homosexuals will not thrive in a ministry that does not condone them. They will repent and be delivered if the power of God is truly in a ministry. If the leader tolerates their lifestyles and uses their talents without delivering their souls, then he is a pimp and should be avoided. This one should be a no brainer.

4. Club Attire – If the Pastor wears an earring, don’t get out the car! How can you ever have standards in your home and amongst your sons when the very pastor of the church is modeling vanity and showing he is a playa? Also, if people are walking around sexy in church and no one cares, then you know that church is not practicing holiness. I’m not saying that folks have to have crusty lips and nappy hair, but what I’m saying is that, butt cracks, cleavage, and belly buttons should not be outfit accessories! And please, let’s not get on the women and not touch on the men. We see that too often where the women have to look like national geographic natives, but the men can prance around dressed like Superfly! Let’s balance this out and just say, the church is not the club. We must not be intentionally sexy in the house of God. Tight fitting clothes and such just don’t belong in God’s house. God is the focus, so hide your meat!

3. Secular Remakes – If you visit a ministry and they welcome all the single people with Beyonce’s song “single ladies” or they sing “reasons” to the married couples, then you know you are in a den of debauchery. If they had a memerial service for MJ, then you are in punkdom and need to leave! Any church that has to resort to old and new school secular jams to keep people interested is nothing but a bootleg club and they need to start stamping hands. What happened to the “NEW SONG” that David spoke of? Why are people singing the worlds songs in church? The secular artists that wrote them are complaining and they want their songs back on the radio and in the world where they can get paid for them, not in the church. What a shame.

To read the rest of the article click here.

7 responses to “10 Signs of a Carnal Church”