It is not uncommon to go to an average church and not even hear the name Jesus Christ. However even in churches where the name is mentioned, it is used as a draw string to a rich and lavish lifestyle. No, I am not kidding. Well, you see… 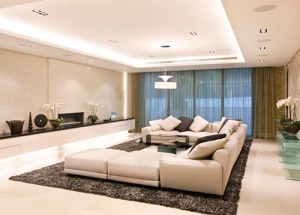 Jesus can give you a new house like this one...

From the pulpit of his modest Spring City church, Pastor Michael Wilkerson delivered electric sermons on God’s desire to shower down riches upon his faithful adherents. And with a Lexus and Escalade in its garage, his $1.7 million Schwenksville home seemed convincing proof. How else but by faith, his congregants wondered, could a man raised on Pottstown’s urban streets have risen to such heights?

Through religion and smart investing, the 45-year-old minister persuaded members of his New Millennium Life Restoration Fellowship that they, too, could follow in his footsteps.

Last month, federal prosecutors accused Wilkerson; his wife, Joyce; and two others of conspiring in a $6.3 million mortgage fraud and Ponzi scheme that left a handful of lower-middle-class congregants on the hook for inflated home loans worth far more than the properties purchased in their names.

Each was promised an easy profit if they pitched in to buy suburban houses valued at more than $1 million apiece. But instead of a cash payout, investors found themselves chasing nonexistent profits.

“He put himself out as a pastor – a man who purports to speak the word of the Lord – but his actions have shown him to be a man that’s just out there for himself,” said Jeremy Lupo, an assistant Montgomery County district attorney who recently prosecuted Wilkerson on a separate fraud charge.

Five years later, those who bought in are still stinging from their losses.

These fraudulent schemes shouldn’t be found in church. Needless to say pastors of all people shouldn’t be fleecing their own sheep by selling snake oil. Unless of course if we have a collection of false teachers and false shepherds to preach to us what we want to hear.