The “Oneness” side of the Nadarkhani story.

I have not ceased to put this information out not only to highlight the importance of freedom of worship of this young man but also that the gospel may advance in countries like Iran. Today I will highlight another aspect of the story of profound theological importance. You see… 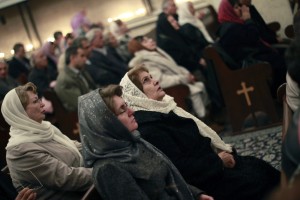 Youcef Nadarkhani has been reported in both the secular and Christian media and periodicals to be under a death sentence for his conversion from Islam to evangelical Christianity. He was arrested on 12th October 2009, in the city of Rasht in the northern part of Iran, where he had been the pastor of the underground church there. He is reported to be the evangelical pastor of “the Church of Iran”. However, what might come as a shock to many evangelical believers is that “Pastor” Nadarkhani is actually one of the leaders in a growing cult in Iran, which is linked with the Oneness Pentecostalism (Jesus Only) cult, which is non-Trinitarian, believes in baptismal regeneration, and is very closely linked and supported by the United Pentecostal Churches outside of Iran. They greatly admire and follow the teachings of an American preacher, William M. Branham, who claimed to be the last of God’s prophets on earth, that the doctrine of the Trinity is from the devil, and only those who are baptised in Jesus’ name are saved.

But what is the wider implication of this? I am glad you asked because….

For the past number of years, these anti-Trinitarian cult teachers, including Youcef Nadarkhani have been militant in their proselytising and recruiting of individuals, especially in Rasht and Shiraz…

….this cult has caused untold damage to the cause of the gospel in Iran. Many evangelical papers and periodicals seem not to have noticed his grave and damning errors on fundamental doctrines.

It is a sad fact that many evangelical Christians do not realise the affect such teachers are having on the true churches in Iran. Many house churches have been devastated, and a false man-centred gospel has replaced the gospel of the free grace of God in Jesus Christ.

The believers in the West are very much misinformed which is understandable. Some even have argued that as Youcef Nadarkhani has not renounced Christ then he must be a believer! This is very naive to say the least, for there are many people who sincerely follow something that is false and are prepared to die for that cause – history is full of such examples, e.g. believers in Islam, Jehovah’s Witnesses, Nazi’ism, Communism, etc. So the fact that this man talks about a faith in Jesus Christ does not mean anything, since his view of Christ and salvation is always plus human works, and teaching without complete obedience to their church rules there is no salvation!

Do not stop praying for Nadarkhani. Indeed pray earnestly and ceaselessly that the grace of God may shine and intervene in this case and that Youcef may be reunited with his wife and little children but also (more importantly) that he may come to knowledge of salvation that comes by repentance and faith in Christ alone through the power of the Holy Spirit alone to the glory of God the Father alone. Pray!

18 responses to “The “Oneness” side of the Nadarkhani story.”