I am not usually the kind that gleans theology from the local new paper. But once in a while an interesting post does come up. A recent investigation does confirm that an earth quake did occur around the time period that Pontius Pilate was Procurator. That’s not all…. 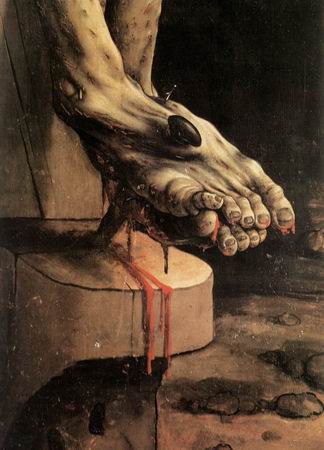 Jesus died on Friday, April 3, 33AD, according to an investigation which matches his death to an earthquake.

The investigation, from the International Geology Review, looked at earthquake activity around the Dead Sea, which is around 13 miles from Jerusalem.

The Gospel of Matthew, Chapter 27, says that as Jesus lay dying on the cross, an earthquake shook the area, scattering graves and making the sky go dark.

Now researchers have looked at textual accounts, geological records and astronomical data to find the most likely date for Jesus’s death.

Geologist Jefferson Williams of Supersonic Geophysical, and colleagues from the German Research Center for Geosciences, studied soil samples from the beach of Ein Gedi Spa, next to the Dead Sea.

Researching the deeper layers of the soil, two earthquakes were detected by looking at the layers of built-up sediment, called varves, which built up each year.

A widespread earthquake is known to have happened in 31BC, and another one was detected which must have occured between 26AD and 36AD. Williams told Discovery that the latter earthquake occurred during ‘the years when Pontius Pilate was procurator of Judea and when the earthquake of the Gospel of Matthew is historically constrained.’

He said the the day and date of the crucifixion are known with a fair degree of precision – but the year has been in question.

However, putting the jigsaw together, Williams said the clues were:

The researchers said that these clues, combined with the Jewish calendar and astronomy clues, indicate that Friday April 3, 33 AD is the best possible match.

So there you are with a little bit more of extra Biblical revelation that God forgot to include in the canon of scripture! Wait till they find the very bowl that Pilate used to wash his hands or even the resting place of the very twisted crown of thorns that was placed on Jesus’ brow. Will you believe then?
Well if the Bible is silent on some thing then it is of no or dubious benefit in a  Christian’s faith or growth to righteousness. All these ‘discoveries’ do not add any new information at all. Soon some will make 3rd April a sacred ‘holy day’ or feast day to the gods. Didn’t men change the significance of Resurrection Sunday (Easter) to mean a day for chasing after bunnies and eggs?
Here is one more day to wag our unbelieving tongues at God. Just saying. 😉

Like Loading...
Christianity death of jesus, friday 3rd april 33ad, Gospel of Matthew, international geology review, Jefferson Williams, Pontius Pilate, Synoptic Gospels
← What does that Bible verse mean to you? And then the worship leader set his guitar on fire…and there was a glory cloud! →