PREDESTINATION: GOD HAS A PLAN 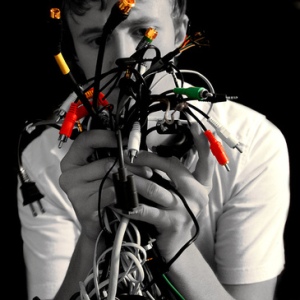 Red to Blue. Now I wonder what will happen next?

It is unthinkable that a God of infinite wisdom and power would create a world without a definite plan for that world. And because God is thus infinite His plan must extend to every detail of the world’s existence. If we could see the world in all its relations, past, present, and future, we would see that it is following a predetermined course with exact precision. Among created things we may search where we will, as far as the microscope and the telescope will enable the eye to see, we find organization everywhere. Large forms resolve themselves into parts, and these parts in their turn are but organized of other parts down as far as we can see into infinity.

Even man, who is but the creature of a day and subject to all kinds of errors, develops a plan before he acts; and a man who acts without design or purpose is accounted foolish. Before we make a trip or undertake a piece of work all of us set our goal and then work to attain that goal in so far as we are able. Regardless of how some people may oppose Predestination in theory, all of us in our every-day lives are practical predestinarians.

As E. W. Smith says, a wise man “first determines upon the end he desires to attain, and then upon the best means of attaining it. Before the architect begins his edifice, he makes his drawings and forms his plans, even to the minutest details of construction. In the architect’s brain the building stands complete in all its parts before a stone is laid. So with the merchant, the lawyer, the farmer, and all rational and intelligent men. Their activity is along the line of previously formed purposes, the fulfillment, so far as their finite capacities will allow, Of preconceived plans.” The larger our enterprise is, the more important it is that we shall have a plan; otherwise all our work ends in failure. One would be considered mentally deranged who undertook to build a ship, or a railroad, or to govern a nation without a plan.

We are told that before Napoleon began the invasion of Russia he had a plan worked out in detail, showing what line of march each division of his army was to follow, where it was to be at a certain time, what equipment and provisions it was to have, etc. Whatever was wanting in that plan was due to the limitations of human power and wisdom. Had Napoleon’s foresight been perfect and his control of events absolute, his plan — or we may say, his foreordination — would have extended to every act of every soldier who made that march.

And if this is true of man, how much more is it true of God! “A universe without decrees,” says A. J. Gordon. “would be as irrational and appalling as would be an express train driving on in the darkness without headlight or engineer, and with no certainty that the next moment it might not plunge into the abyss.” We cannot conceive of God bringing into existence a universe without a plan which would extend to all that would be done in that universe. As the Scriptures teach that God’s providential control extends to all events, even the most minute, they thereby teach that His plan is equally comprehensive. It is one of His perfections that He has the best possible plan, and that He conducts the course of history to its appointed end. And to admit that He has a plan which He carries out is to admit Predestination. “God’s plan is shown in its effectuation to be one,” says Dabney. “Cause is linked with effect, and what was effect becomes cause; the influences of events on events interlace with each other, and descend in widening streams to subsequent events; so that the whole complex result is through every part. As astronomers suppose that the removal of one planet from our system would modify more or less the balance and orbits of all the rest, so the failure of one event in this plan would derange the whole, directly or indirectly.”

If God had not foreordained the course of events but waited until some undetermined condition was or was not fulfilled, His decrees could be neither eternal nor immutable. We know, however, that He is incapable of mistake, and that He cannot be surprised by any unforeseen inconveniences. His kingdom is in the heavens and He rules over all. His plan must, therefore, include every event in the entire sweep of history.

That even the small events have their place in this plan. and that they must be as they are, is easily seen. All of us know of certain “chance happenings” which have actually changed the course of our lives. The effects of these extend throughout all succeeding history in ever-widening influences, causing other “chance happenings.” It is said that the quacking of some geese once saved Rome. Whether historically true or not it will serve as a good illustration.

Had not the geese awakened the guards who gave the alarm and aroused the defending army, Rome would have fallen and the course of history from that time on would have been radically different. Had those geese remained silent who can imagine what empires might have been in existence today, or where the centers of culture might have been? During a battle a bullet misses the general by only an inch. His life is spared, he goes on commanding his troops, wins a decisive victory, and is made the chief ruler of his country for many years,—as was the case with George Washington. Yet what a different course history would have taken had the soldier on the other side aimed the slightest trifle higher or lower! The great Chicago fire of 1871, which destroyed more than I half of the city, was started, we are told, when a cow kicked over a lantern. How different would have been the history of Chicago if that one motion had been slightly different! “The control of the greatest must include the control of the less, for not only are great things made up of little things, but history shows how the veriest trifles are continually proving the pivots on which momentous events revolve. The persistence of a spider nerved a despairing man to fresh exertions which shaped a nation’s future. The God who predestinated the course of Scotch history must have planned and presided over the movements of that tiny insect that saved Robert Bruce from despair.”  Examples of this kind could be multiplied indefinitely.

Excerpt from: THE REFORMED DOCTRINE OF PREDESTINATION By Loraine Boettner (1932)

Like Loading...
Christianity attributes of god, gods sovereign plan, predestination
← Emperor Constantine a (Seeker Sensitive) blot on the tapestry of Church History? The pressure points in a Marriage. →

2 responses to “PREDESTINATION: GOD HAS A PLAN”