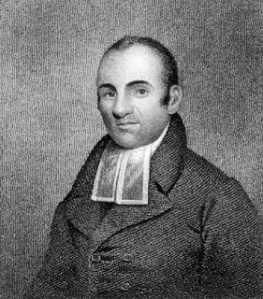 When it comes to gospel preachers, Lemuel Haynes stands out in the African-American Christian tradition as a powerful gospel preacher in the 19th century. As the first black in America to serve as pastor of a white congregation, Haynes ministered to Rutland’s West Parish for thirty years starting in 1783.

He was the illegitimate child of a black African man and the daughter of a socially prominent white family in Hartford, Connecticut, the five-month-old baby Lemuel was abandoned by his parents and indentured to a white family (Deacon Rose’s family) in Massachusetts. He was adopted as a very young child by solid Calvinist Congregationalists in Massachusetts.  He was schooled a bit and self-taught for the most part.  He served in the Continental Army until he became quite ill in 1776.

He is said to have began to teach the Scriptures to his friends and family where they realized he had a gift of preaching the gospel. At the family home, Haynes benefited from the devout religious practice and instruction. One biographer described Haynes as “a determined, self-taught student who poured over Scripture until he could repeat from memory most of the texts dealing with the doctrines of grace….” However, young Haynes was most influenced by the works of Jonathan Edwards, George Whitefield, and Philip Doddridge. He then studied Latin, Greek and theology in his twenties, and was licensed to preach in 1780.

Furthermore, he was awarded an honorary master’s degree by Middlebury College in 1084, another first for an African-American.

During his stay in Rutland, the church grew in membership from forty-two to about three hundred fifty congregants as Haynes modeled pastoral devotedness and fidelity to the people in his charge. He also emerged as a defender of Christian orthodoxy, opposing the encroachment of Arminianism, Universalism, and other errors. He filled pulpits in Bennington, Manchester, and Granville, New York, before his death at the age of eighty.

Here’s a great window into the piety of   Haynes.  On his tombstone is written (by his wish):

“Here lies the dust of a poor hell-deserving sinner, who ventured into eternity trusting wholly on the merits of Christ for salvation.  In the full belief of the great doctrines he preached while on earth, he invites his children, and all who reads this, to trust their eternal interest on the same foundation”.

Here was one good and sound African American preacher; when comes another?

One response to “Lemuel Haynes: Calvinism in Afro-American History”