How then can we pray for France? 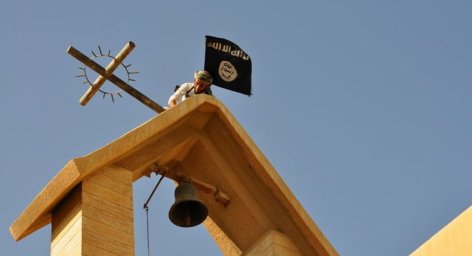 Following the recent acts of terrorism and religious extremism on the streets of that ever serene city of Paris, Mike Evans asks a question, How do we pray for Paris? He then goes ahead and outlines four important points:

In the case of the attacks in Paris the intent was to shock and, by shocking, to stimulate nationwide fear and alarm. Even more importantly, terrorism, as practiced by Islamic State, recognizes no difference between civilians and military personnel, because their war is not primarily against a specific nation or state but against a culture.

How should we react as Christians?

1. Mourn with those who mourn.

Families have lost loved ones; many have been seriously or permanently injured and face an uncertain future. Pray for the churches in the Paris area as they reach out to families, neighbors, and friends who have been victims of these attacks that they may not only help them rebuild their lives but also be signposts to the gospel of Jesus Christ.

2. Pray for our leaders.

President Hollande, together with his government in consultation with his advisers and military leaders but also his political adversaries, will be making difficult decisions in the days to come. Because many of those decisions will have far-reaching consequences, pray for wisdom that they may humbly seek to promote justice and peace rather than revenge.

Quite understandably, the large Muslim population of France fears reprisals and indiscriminate acts of revenge and violence. Such anger has frequently led to an escalation of violence. Pray that we may reach out to our Muslim friends and neighbors with acts of kindness but above all with the message of the “prince of peace.”

4. Be unashamedly convinced of God’s sovereignty.

History is replete with reminders that the enemy’s unrestrained rage is the stepping stone for gospel advance. Recently, I read the moving account of countless Muslim conversions in David Garrison’s book A Wind in the House of Islam. Many Muslims cannot identify with the outrageous acts committed in the name of Islam, and this has been God’s sovereign means of drawing hundreds of thousands of them to faith in Jesus Christ.

Death is suddenly real. Questions about evil abound in the face of unimaginable and indiscriminate violence. Now is the time to proclaim the gospel of Jesus Christ as never before.

Excerpt from: How to pray for Paris

Mike Evans is the director of Evangile 21, the French branch of The Gospel Coalition. He was born in Great Britain and went to France in 1963 to work for a summer month with Operation Mobilization. For 20 years he continued with this work and in 1967 led the first permanent teams of this movement in France.

2 responses to “How then can we pray for France?”