How should we forgive fallen pastors? 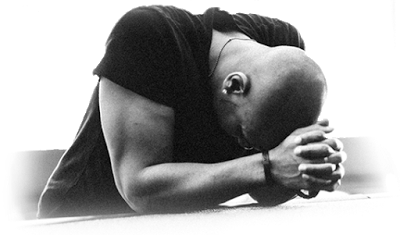 It’s not that rare now to see Christian leaders sin grossly and within a few months after the publicity has died down to see the very same leaders being restored into public ministry and leadership. Does that mean sinners can never be restored or forgiven? Actually on the contrary – restoration to fellowship is what church discipline is all about but this shouldn’t be confused with restoration into office.  Conservative Christians have a strong legacy of battling for doctrinal purity. But are we now at a point in time when we are losing the battle for moral purity? Should the church lower the standard to accommodate the moral malaise of leaders in our generation?

Gross sin among Christian leaders is a signal that something is seriously wrong within the contemporary church. But an even greater problem is the lowering of standards to accommodate a leader’s sin. That churches are so eager to bring these men back into leadership—and to do so relatively quickly—is a symptom of rottenness to the core.

Christians must not regard leadership in the church lightly. The foremost requirement of a leader is that he “must be above reproach” (1 Timothy 3:2, 10; Titus 1:7). That is a difficult prerequisite, and not everyone can meet it.

Some kinds of sin irreparably shatter a man’s reputation and disqualify him from a ministry of leadership forever—because he can no longer be above reproach. Even Paul, man of God that he was, said he feared such a possibility: “I discipline my body and make it my slave, so that, after I have preached to others, I myself will not be disqualified” (1 Corinthians 9:27).

When referring to his body, Paul obviously had sexual immorality in view. In 1 Corinthians 6:18 he describes it as a sin against one’s own body—sexual sin is in its own category. Certainly it disqualifies a man from church leadership, because he permanently forfeits a blameless reputation as a one-woman man (Proverbs 6:33; 1 Timothy 3:2).

Where did we get the idea that a year’s leave of absence can restore integrity to someone who has squandered his reputation and destroyed people’s trust? Certainly not from the Bible. Trust forfeited is not so easily regained. Once a man sacrifices his purity, the ability to lead by example is lost forever. As my friend Chuck Swindoll once commented when referring to the issue—it takes only one pin to burst a balloon.

What about forgiveness? Shouldn’t we be eager to restore our fallen brethren? To fellowship, yes. But not to leadership. It is not an act of love to return a disqualified man to public ministry; it is an act of disobedience.

By all means we should be forgiving. But we cannot erase the consequences of sin. I am not advocating that we “shoot our wounded.” I’m simply saying that we shouldn’t rush them back to the front lines—and we should not put them in charge of other soldiers. The church should do everything possible to minister to those who have sinned and repented. But that does not include restoring the mantle of leadership to a man who has disqualified himself and forfeited his right to lead. Doing so is unbiblical and lowers the standard God has set.

Why is the contemporary church so eager to be tolerant in restoring fallen leaders? I’m certain a major reason is the sin and unbelief that pervade the church. If casual Christians can lower the level of leadership, they will be much more comfortable with their own sin. With lower moral standards for its leaders, the church becomes more tolerant of sin and less tolerant of holiness. The “sinner-friendly” church is intolerable to God. And such a church reveals the precarious status of contemporary Christendom—a reality that should frighten all serious and obedient believers.

Conservative Christians have a strong legacy of battling for doctrinal purity. And that is good. But we are losing the battle for moral purity. Some of the worst defeats have occurred among our most visible leaders. The church cannot lower the standard to accommodate them. We should hold it higher so the church can regain its purity. If we lose here, we have utterly failed, no matter how orthodox our confession of faith. We can’t be salt and light if we compromise the biblical standard of moral purity for our leaders.

In view of this crisis in leadership and morality, what should you do? Pray for your church’s leaders. Keep them accountable. Encourage them. Let them know you are following their godly example. Understand that they are not perfect. But continue nonetheless to call them to the highest standards of godliness and purity. The church must have leaders who are genuinely above reproach. Anything less is an abomination.

One response to “How should we forgive fallen pastors?”