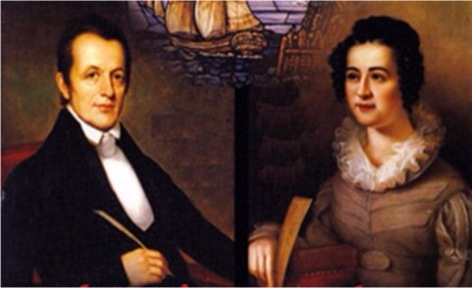 Adoniram Judson, Jr. (August 9, 1788 – April 12, 1850) was the first Protestant missionary sent from North America to preach in Burma. Judson is remembered as the first significant missionary in Burma, as well as one of the very first missionaries from America to travel overseas. The story of his biography has touched many people, however I will just dig into a small bit here and it’s his letter to his prospective father in law shines some light into the kind of person he was and his passion for missions and evangelism of the dangerous heathen lands:

“I have now to ask whether you can consent to part with your daughter early next spring, to see her no more in this world ? Whether you can consent to her departure to a heathen land, and her subjection to the hardships and sufferings of a missionary life? Whether you can consent to her exposure to the dangers of the ocean; to the fatal influence of the southern climate of India; to every kind of want and distress; to degradation, insult, persecution, and perhaps a violent death? Can you consent to all this, for the sake of Him who left His heavenly home and died for her and for you; for the sake of perishing, immortal souls; for the sake of Zion and the glory of God? Can you consent to all this, in hope of soon meeting your daughter in the world of glory, with a crown of righteousness brightened by the acclamations of praise which shall resound to her Saviour from heathens saved, through her means, from eternal woe and despair?”

Adoniram Judson ended up spending his missionary career not in India, but in Burma. During his thirty-seven years of service there, he persevered through seventeen months of brutal imprisonment, several bouts of life-threatening illness, and the death of two wives and six children. He succeeded in translating the Bible into Burmese and compiling an English-Burmese dictionary. He waited six years for his first Burmese convert, but by the time of his death in 1850, there were a hundred Burmese churches and over 8,000 Burmese Christians. A very readable biography, To the Golden Shore by Courtney Anderson, recounts the epic story of his remarkable life.

The cost of taking the gospel out of America

Leave a comment Posted by The Cidrìe on November 16, 2011

Adoniram Judson lived several years before America’s lucrative export became a lukewarm synthetic form of materialism called prosperity gospel. Adoniram was a selfless Calvinistic Baptist missionary from the United States who labored for almost forty years in Burma. At the age of 25, he was the first Protestant missionary sent from North America to preach in Burma. To summarise his missionary endeavors here is a concise post …. 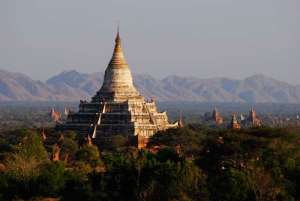 Anarchic despotism, fierce war with Siam, enemy raids, constant rebellion, and no religious freedom (pg 85). What missionary would decide to go such a place? Although Burma(Myanmar) was essentially what we call a “closed country”, Adoniram Judson went in spite of an admonition from William Carey not to go (pg 85)…at age 24, and with a 23 year old wife! Ahead of Judson was immense loss, which many of us could scarcely imagine. But through it all he could say “If I had not felt certain that every additional trial was ordered by infinite love and mercy, I could not have survived my accumulated sufferings” END_OF_DOCUMENT_TOKEN_TO_BE_REPLACED 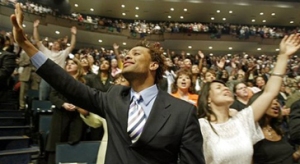 There was a time when Christians rejoiced when they read the newspapers and heard of great things that God was doing in far away lands. Things like missionaries giving thanks that despite being in constant threat from the wild beasts and hostile cannibal tribes lives were being changed by the gospel. God was doing mighty things through his divine providence and supplying all their needs and despite the present troubles they were waxing stronger and bolder for the cause of the gospel till the work is done. It seems such courage and zeal for the things of God has been long forgotten. The supposed men of God these days hardly break into a sweat carrying a Bible, let alone preach from it.  The name of the game is ‘Get rich or die trying.’ END_OF_DOCUMENT_TOKEN_TO_BE_REPLACED