Did Veggie Tales prove that you can teach kids to behave Christianly without teaching them Christianity?

A very interesting article here. Remember those veggies that sung like helium intoxicated chip munks and told stories almost similar to bible stories? Now there seems to be a hint of regret. You see… 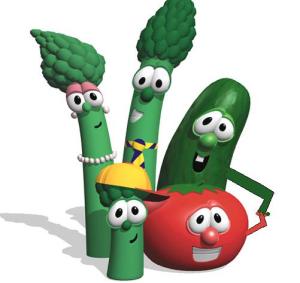 VeggieTales “convinced kids to behave Christianly without actually teaching them Christianity.” So says founder Phil Vischer in a new interview.

VeggieTales was a rags-to-riches entrepreneurial success story. Vischer and his counterpart, Mike Nawrocki, left college to pursue their dream of making wildly creative children’s videos. At the height of their success in the late 1990s, VeggieTales videos sold 7 million copies in a single year and generated $40 million in revenue. Though primarily aimed at a Christian market, VeggieTales had a broader cultural influence, pushing forward the boundaries of computer animation and children’s programming