When I heard that Matt Chandler was going to preach at the Code Orange Revival planned by Steve Furtick I was abit sceptical. Looking at the line up of mega church peachers and word of faith gurus, he appeared to be the only conservative preacher. On one side you had T.D Jakes, Craig Groeschel, Christine Cane, James MacDonald, Israel Houghton, Jentezen Franklin, Perry Noble, Stovall Weems, Kevin Gerald and Steven Furtick. 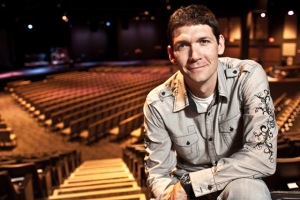 So the stage was set for ..umm…Code Orange! However, Matt sure enough showed up. He indeed came with something up his sleeve. He came to with a no holds barred message. By the end of which it seems some one or some people were seeing RED!! Now, every one seems to be wondering why Matt chandler’s sermons have not been rebroadcast on the website. The whodunnit game is going on. Who lost the tape?

After much searching and looking I seem to have found the missing sermon. And WOW!!!! You gotta listen to this!!!