A day in the life of a street preacher (Tony Miano) in Modern England.

Tony Miano had an opportunity to do some street preaching in downtown Wimbledon (London). The passage of scripture he was preaching from was 1 Thessalonians 4:1-12 in his Bible (a passage on sexual immorality). However he did not reach the benediction…. Here is his account of the events:

William Carey, the father of modern world missions, was born into a poor family in Northampton, England in 1761. He had no formal education but taught himself to read and write and mastered Latin by the age of twelve. He began his trade in his early teens as a shoemaker and was born again at eighteen. He soon began to preach in his spare time and quickly became fluent in New Testament Greek, Old Testament Hebrew, Dutch, and French.
He married Dorothy Plackett when he was twenty years old. William and Dorothy could not have been more different. She was six years older than he and illiterate, signing her name with an X. By his late twenties Carey was a Calvinistic Baptist preacher with a growing burden to reach the ‘heathen’. When at a pastoral meeting one day he spoke of his passion, an older minister said, ‘My dear Carey, when God wishes to save the heathen, He will do it without you.’ That, however, could not dampen his earnest desire to take the gospel to the nations. When he wrote a lengthy paper with a lengthy title — An Enquiry into the Obligations of Christians to Use Means for the Conversion of Heathen in Which the Religious State of the Different Nations of the World, the Success of Former Undertakings, and the Practical Ability of Further Undertakings Are Considered — those in attendance listened politely and then went on to other business. At the end of the meeting, however, William asked, ‘Is there nothing going to be done again?’ From this a motion was passed to study the matter further. Only after a few months did anyone take up the issue. END_OF_DOCUMENT_TOKEN_TO_BE_REPLACED

Quote of the week: Thomas Watson on England

Leave a comment Posted by The Cidrìe on February 6, 2013

“I will not say the sun of the gospel is set in England, but I am sure it is under a cloud.” ~Thomas Watson

O men of England! I see you are indeed very religious people!

Leave a comment Posted by The Cidrìe on December 13, 2012 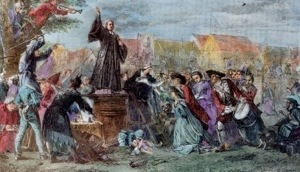 From the country that gave us great preachers like George Whitefield, Charles Spurgeon and John Owen a new breed of people are now coming up. No, they are still religious if want to put it that way. Actually that is the most worrying thing…they are too religious that anything goes these days…

Today’s Census figures show that 176,632 people in England and Wales identify themselves as Jedi Knights, making it the most popular faith in the “Other Religions” category on the Census and the seventh most popular faith overall.
The new figures reveal that the lightsabre-wielding disciples are only behind Christianity, Islam, Hinduism, Sikhism, Judaism and Buddhism in the popularity stakes, excluding non-religious people and people who did not answer.
Following a nationwide campaign, Jedi made it onto the 2001 census, with 390,127 people identifying themselves a decade ago as followers of the fictional Star Wars creed.

END_OF_DOCUMENT_TOKEN_TO_BE_REPLACED

How England was Revived in the 18th Century. 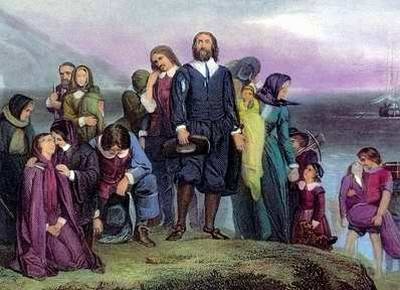 That a great change for the better came over England during the 18th century is a fact that I suppose no well-informed person would ever attempt to deny. You might as well attempt to deny that there was a Protestant Reformation in the days of Luther, a Long Parliament in the time of Cromwell, or a French Republic at the end of the 18th century. There was a vast change for the better. Both in religion and in morality, the country gradually went through a complete revolution. This is a great fact that even the irreligious cannot deny, however they may attempt to explain it.
But, by what means was this great change effected? To whom are we indebted for the immense improvement in religion and morality that undoubtedly came over the land? Who, in a word, were the instruments whom God employed in bringing about the great English reformation of the 18th century?

The government of the country can lay no claim to the credit for the change. Morality cannot be called into being by laws and statutes. People have never yet been made religious by acts of government. In fact, the parliaments and administrations of the 18th century did as little for religion and morality as any that ever existed in England. Nor did the change come from the Church of England as a body. The leaders of that venerable institution were utterly unequal to the times. Left to herself, the Church of England would probably have died of pride and inactivity.

Nor did the change come from the independent churches of the dissenters. Content with their recently won freedoms, that worthy body of men seemed to rest upon their oars. In the general enjoyment of their new rights of conscience, they forgot the vital principles of their forefathers as well as their own duties and responsibilities. END_OF_DOCUMENT_TOKEN_TO_BE_REPLACED