I have always thought that the highlight of a church gathering should be the preaching and exposition of the word. If there is any worship or exhortation it should be reverential and it should be done in order as the bible admonishes. No? However…. 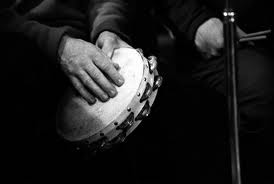 EDMOND, Okla. — [50-year-old Vickey Sue Beyersdorfer] apparently went a bit too far.
Oklahoma County Sheriff’s Department Spokesman Mark Myers said, “Nobody could pay attention to the sermon or what was going on so that’s when our deputy was able to take care of the situation.”
The religious ruckus happened at Victory Church at 1515 N. Kelly Ave in Edmond.
A woman was apparently playing a tambourine too loudly during Wednesday night services.
When she refused to stop, the woman was escorted out by an off duty Oklahoma County Sheriff’s Deputy.
Myers said, “He had to physically escort her outside the church. Once outside, she broke free from the deputy and tried to go back inside, there became a physical confrontation.”
According to the arrest report, the deputy was forced to pepper spray and tase the unruly woman.