Christmas: Er, A Season for Giving (To Yourself) 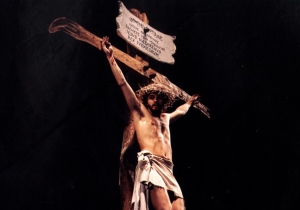 The birth of Christ found people pre occupied with menial pursuits. The first Christmas found the inn full. Probably all relatives of Joseph found they had no extra rooms in Bethlehem. Herod was busy planning a census. The shepherds were out in the fields. Mary being with child brought forth her firstborn son and wrapped him in swaddling cloths. The first Christmas almost passed unnoticed until the angel of the Lord with a herald of other angels lit up the skies and announced, “ Do not be afraid, for behold, I bring you good tidings of great joy.”

Today, two thousand years later not much has changed. Christmas actually has been long forgotten.

Traditionally, it is the season of goodwill and giving. But not if you are a woman, it seems.

The fairer sex spend more on themselves at Christmas than on presents for partners, family and friends, a survey reveals.

Half of women splash out hundreds of pounds making sure they look good and dress well over the party season, researchers found.

A new frock tops the list of popular indulgences, with 27 per cent of females admitting to buying an outfit to impress for their office party. Beauty treatments, a pair of shoes and champagne also rank highly as treats for the festive period.~The Daily Mail

As the Christmas greetings become ‘Happy Holidays’ or ‘Season’s greetings’ and the merry making continues up the high streets and down the by-ways, we as Christians should never forget why Christmas happened. Jesus came because we were dead in sin. Dead in trespasses. Paul in his indictments in Romans underscores the sad fact that, ‘ There is none righteous, no, not one’.

In this is love, not that we have loved God but that he loved us and sent his Son to be the propitiation for our sins. If there was another way to appease God’s wrath on sin, Jesus would have been spared the cross. But for Christ to hang on a tree and drink the cup filled with the wrath of the Father shows the depth of my own depravity.

The rest of the world uses Christmas as a time to give gifts one to another (which is not bad in itself).  But as Christians let us celebrate Christmas focusing on the cross and the Gospel. Good news (and good tidings of great joy) to sinners that the God of this universe could send his only begotten son to die in the place of worms like me.

2 responses to “Christmas: Er, A Season for Giving (To Yourself)”