Even People On Boinga Boinga Island Know The 10 Commandments 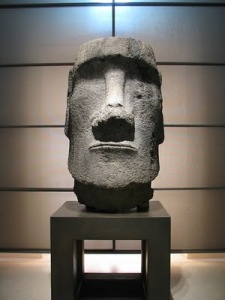 On January 18, 2007, FUNAI reported that it had confirmed the presence of 67 uncontacted tribes in Brazil, up from 40 in 2005. With this reported increase, Brazil has surpassed the island of New Guinea as the region having the highest number of uncontacted tribes (however, numbers are not available for Papua New Guinea).

Recent focus shifted to a yet an undiscovered or un contacted tribe.  A tribe of people living deep in Brazil’s rain forest, who had never made contact with the outside world, or vice versa. Political correctness favors the term “isolated” rather than “uncontacted”, as few peoples have remained supposedly  un contacted by modern civilization. A number have chosen to make contact either exceedingly difficult or dangerous for those trying to reach them. Indigenous rights activists call for such groups to be left alone in respect of their right to self-determination. Deemed primitive and largely speculated to be decadent, this people group has been left  to remain closed up as a prized clamshell.

In evangelism, an “unreached people group” is a people group in which less than 2% of the population are Evangelical Christians. An Evangelical Christian being a person who believes that Jesus Christ is the sole source of salvation through faith in Him. Having personal faith and conversion with regeneration by the Holy Spirit and recognizes the inspired word of God as the only basis for faith and Christian living, and is committed to Biblical preaching and evangelism that brings others to faith in Jesus Christ.

God so designed man with an intricate lace of moral fabric. Man is different from all other animals and living flora and fauna in that we are moral beings. You will find that whether it is an uncontacted, an unreached people groups or a person living in a Bible belt like Alabama in the US where the non religious make up a miserly 6% of the population there is one common denominator. A conscience that acts as a moral arbitrator between good and evil. All societies seem to have ideals that are deemed good and vices that are deemed evil. 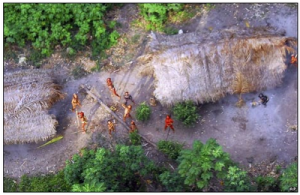 The Bible God gave the 10 commmandments or the moral law. The purpose of which was to act as a school master to show how exceedingly sinful man is. The Bible says he wrote this law on every man’s heart.

Paul said, “I had not known sin but by the law.” The highest service to which a man may obtain on earth is to preach the law of God because it will drive sinners to faith in the Savior, to everlasting life. The first duty of the Evangelical Christian is to declare God’s law and to show the nature of sin. “Wherefore the law was our schoolmaster to bring us unto Christ, that we might be justified by faith.” Gal 3:24 (KJV)

“The “schoolmaster” in the historical context of this Scripture was not the teacher, but rather the slave, who cared for his master’s son’s from around the age of 6 or 7 until they reached puberty. The servant (usually elderly) would escort the child to school and care for his safety in his immaturity making sure he was instructed, seeing that this child too was his master. Once the child grew up, he was no longer required to obey his servant. 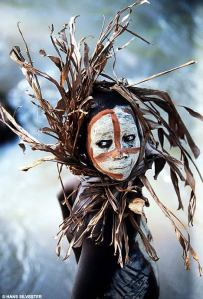 The technical duty of the attendant, according to historians, was to guard the children from evil, both physical and moral, rather than instruction. He went with them to and from the school and the gymnasium, and was personally responsible for their safety and protected them from any bad company. (See Smith’s “Dictionary of Antiquities” about Paedagogus).

This is a striking imagery of how the Law was primarily given for a certain purpose as an attendant to lead us to Jesus, who is the real teacher. Paul makes it clear that the Law was never given to teach us (we could never obey it), but rather it was a finger pointing to the One who is the only teacher, Jesus.” – Bible History

The Bible says man is born with the moral law written on our hearts. Yeah that is why even on Boinga Boinga island when the law is preached, sin becomes exceedingly sinful and grace becomes the only option through which sinful man can obtain mercy and propitiation for his sins. The penalty of sin is death. Jesus died the death of sinful man and faced the wrath of God. He drank every bit of the cup of the wrath of God, turned it over and said “it is finished”.

Boinga Boinga needs to hear that it was truly finished…on the cross!

Watch this witnessing clip using the law and grace: