Can You Be So…So Anointed And Attain Sinless Perfection?

Early in my Christian walk I was taught and made to believe several  things. Like one can be anointed (yeah that elusive word once again ) to the point that they soar to a higher level of grace than others and henceforth attain levels of sanctification that endow them with a state of sinless perfection. Well, the title question above delves into this mystic doctrine of sinless perfection. Is it biblical? If not where does it err? I came across this brilliant article by Reese Currie and I hope it will answer   a few questions for some: 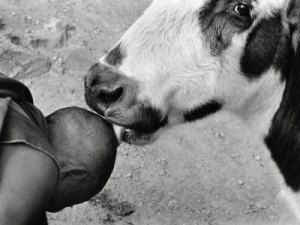 I [Reese Currie] have been receiving an increased volume of e-mail lately from proponents of “sinless perfection” doctrine in response to my article, “Can We Live Sin Free?” None of these supposedly sinless folks offer any argumentation from the Bible, since the doctrine they espouse can’t be found there, but yet they seem quite concerned that I’m doing terrible things to peoples’ Christian walk in maintaining that humans never attain sinless perfection. I am, according to one writer, “an agent of Satan” holding back the true believers in Christ, and should “seek God and be taught of Him.”

Obviously, another article on this is required, since the first, although quite laden with Biblical facts on the matter, does not dissuade these people from e-mailing me to label me a heretic, unknowledgeable, and “Satan’s agent.” So, I offer these facts about people who advocate “sinless perfection.”

Advocates of Sinless Perfection Do Not Believe the Bible.

James writes, “For we all stumble in many things. If anyone does not stumble in word, he is a perfect man, able also to bridle the whole body” (James 3:2). So, is James not saying here that a man can indeed be perfect? No, because only a few verses later, he comments, “But no man can tame the tongue. It is an unruly evil, full of deadly poison” (James 3:8).

Certainly we should strive to tame the tongue. We should do the best we possibly can in all areas of life. But it is unrealistic to expect perfection when the Bible itself plainly says such perfection is impossible.

Look carefully at the first part of James 3:2. It says, “For we all stumble in many things.” The “we” here refers to Christians. James is identifying himself with “all” the Christians he writes to, stating directly that neither he, nor they, are perfect. “We all stumble in many things.” Since advocates of sinless perfection do not believe they stumble in anything, they disassociate themselves from James—and they are therefore not a part of the Christian religion. James was inarguably a part of the Christian religion, but advocates of sinless perfection refuse to be included in James’ comments toward all Christians, including himself.

People who think they are sinless are obviously experiencing no conviction for sin whatsoever. They believe themselves to be perfect in every way and incapable of sinning. Scripture has already demonstrated that people who do not believe they are sinning are mistaken. In fact, Scripture paints a bleak picture for anyone who is under the delusion that they are without sin.

1John 1:8 states simply, “If we say that we have no sin, we deceive ourselves, and the truth is not in us.” People who are oblivious to the fact that they still have sin do not have the Spirit of truth within them. There is no light shining to expose the darkness of their souls.

There is sin in everyone, but how can we explain that a subculture within Christendom, the “sinless perfection” crowd, feels no conviction for the sin they have whatsoever? It is easily explained. Hebrews 12:7-8 says, “If you endure chastening, God deals with you as with sons; for what son is there whom a father does not chasten? But if you are without chastening, of which all have become partakers, then you are illegitimate and not sons.”

The Holy Spirit convicts the real children of God for their sins. But fakes, even if they do not realize they are fakes, receive no conviction because, since they are not God’s sons, God does not discipline them.

Two points here point definitively to a condition of spiritual death for people who believe in sinless perfection. First, the truth does not reside in people who say they have no sin. Second, people who never feel conviction for their sins have never been adopted by the Father; they may think they are sons, but they are not.

Advocates of Sinless Perfection Refuse to Repent of Present Sin.

The very act of claiming to be sinless is a sin in itself, as this Scripture so ably demonstrates. A person claiming not to have sin deceives himself or herself, and in effect calls Christ a liar.

Being cleared of sin is so simple! All we have to do is confess that we have sinned, and our sin is forgiven and we are cleansed of our unrighteousness. The problem is, a person who considers himself or herself to be sinless cannot confess sin. To confess sinning would run contrary to their belief that they have sinless perfection. So, because they will not admit that they are indeed sinners, they cannot have the forgiveness that is in Jesus Christ.

Jesus is for Sinners, Not for the Sinless.

Some correspondents have accused me of encouraging Christians to keep on sinning since they cannot be “perfect” and “sinless.” It isn’t my aim to make people sin, but it is my aim to make people recognize reality: they will never be perfect as long as they have a “flesh” component. Unless people will confess this, they have no need of Jesus—and will not get to have Him.

The Struggle is the Proof of Salvation.

When we are saved, a battle begins between our saved soul and our unsaved body. Paul writes of this battle that continues within us even after our salvation, “For I know that in me (that is, in my flesh) nothing good dwells; for to will is present with me, but how to perform what is good I do not find. For the good that I will to do, I do not do; but the evil I will not to do, that I practice. Now if I do what I will not to do, it is no longer I who do it, but sin that dwells in me. I find then a law, that evil is present with me, the one who wills to do good. For I delight in the law of God according to the inward man. But I see another law in my members, warring against the law of my mind, and bringing me into captivity to the law of sin which is in my members. O wretched man that I am! Who will deliver me from this body of death? I thank God—through Jesus Christ our Lord! So then, with the mind I myself serve the law of God, but with the flesh the law of sin” (Romans 7:18-25).

As long as any person has flesh, that flesh will be serving sin. It will always be warring against the spiritual mind. We will be delivered from this sin completely only when we are delivered from “this body of death.” It is only at that point that the Christian is “completely sanctified.”

Excerpt from The Dangers of The Doctrine of Sinless Perfection. [HT How2BecomeAChristianinfoBLOG.com and Compass Distributors] It is true, those who think they have attained “sinless perfection” are the most unfortunate of us all. Not only do they remain sinners, contrary to their claim, but because they refuse to admit their sinfulness, they cannot avail themselves of Jesus Christ through repentance, to forgive them and to help them do better.

Like Loading...
Christianity, Doctrine, Reformed Theology doctrine of sinless perfection, John Wesley, methodism, pentecostalism, reese currie, second work of grace, wesleyan sinless perfection
← The Gospel: Are We Clearly Missional or Clearly on A Mission? Would You Kick (Smart) Mr Thompson Out of Church? →

2 responses to “Can You Be So…So Anointed And Attain Sinless Perfection?”