How pastors can avoid sham marriages and (yup) bridezillas too.

Ever asked your self  “Should pastors marry any one who darkens their door step?” An article in the HuffPo by a supposed ‘wedding expert’ advises those preparing to be married to check out their pastor/ officiant. Jim West on the other hand has no problems with that as long as pastors do the same  practice to create the necessary firewalls against participating in the farcical weddings (of unbelievers). This adapted list will make you chuckle: 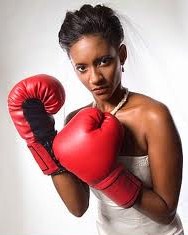 1. Be sure they’re legit. People who have been married half a dozen times are poor candidates. As are those who have been shacking up for a decade. If the couple isn’t willing to place God at the center of their life together, then you should have no part in it.

2. Ask God for suggestions. Don’t marry a couple just because they want you to. Nothing in Scripture requires you to perform wedding ceremonies and these days most of the time they are as much a joke as the marriage which they preface. You DON’T HAVE TO MARRY ANYONE.

3. Take a meeting. If the couple refuses counseling, send them to the Episcopalians. They don’t care who they marry. And if the bride turns into a Bridezilla, just tell them that they’ll have to go elsewhere. There’s no call to subject yourself to the absurd abuse of a hate-filled manipulative foul mouthed Bridezilla.

4. Check out the scripts. If their self-written vows are imbecilic, show them the door.

5. Ask the couple to read out loud. If they can’t manage that they surely should not be married.

6. Ask what the couple will wear. If the bride is sporting a white dress and her four children are in train behind her, tell her that you aren’t interested in mocking the notion of marital purity and tell her to wear red or black.  And if the groom is wearing a dirty t-shirt and hunting shorts it’s a good sign he’s not taking any of it seriously or reverently.

7. Ask if you can customize the ceremony. If they don’t want God mentioned, or if they have no use for God, show them the door.

8. Check your gut. If you aren’t comfortable with the folks in front of you, don’t take part in joining them in marriage.

Remember, Pastor, weddings are a favor you grant a couple with whom you have a spiritual relationship. Random strangers and unmitigated pagans have as much right to claim a favor from you as someone at the mall has the right to demand you give them a ride to the liquor store.  Tell them that there’s a Justice of the Peace and he’s happy to marry anything.

Like Loading...
Modern Church Pragmatism advice for pastors, bridezillas, jim west, sham marriages
← When a 911 Ambulance Dispatcher got a call….from her son! Pastor Ed Young out does Pastor Mark Driscoll with new book as he plans to stream himself from church roof (in bed) →

2 responses to “How pastors can avoid sham marriages and (yup) bridezillas too.”