Of Mixed Martial Arts and “Bath Salts” in Church.

An urban legend says that mixed martial arts is the “in” thing for boys to do to prove they are macho men. In a relentless bid to remain cool and relevant several churches have caught up with the culture of the age and have adopted a similar stance towards mixed martial arts. They have abandoned bible study and taken to the mat. But since fads do not stay for long, a new fad is on the rise. It involves using “bath salts”. So, how long will it be till the first youth pastor  takes up the culture challenge?

A little tip: “Bath salts” is actually a misnomer (it actually has nothing to do with taking a bath but it sure will salt up your brain). They are a synthetic amphetamine cocktail known as ‘the new LSD’. A new designer drug that has been responsible for altered states of consciousness and zombie like experiences.

With trend setting youth pastors  already using snake handling gimmicks as a proof of their faith it sure wont be long before a “bath salts” communion cup is fatally passed around a youth group of eager Bible illiterate enthusiasts.

Sadly, this sickening downgrade of the gospel for temporal experiential highs has led to  bible study being a looked at as a stale alternative for Christian growth for my generation of young people and the drum beat of that old limbo song “How low can you go?” has become their mantra.

They want their own football field and tennis courts. Dear God, do children go to church to learn to play tennis? God help the preachers! Why can’t we get them spiritual so they want prayer… and the Word of the Living God? 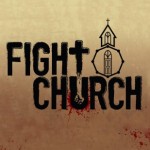 2 responses to “Of Mixed Martial Arts and “Bath Salts” in Church.”