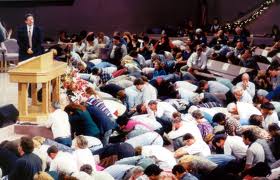 The list is long but I could only fit in 10 ways to botch an altar call (I know this makes me sound like a disgruntled Arminian) :

Excerpt from How to Botch An altar Call. [HT: The Way of The Master]

Like Loading...
Charismania, Christianity, Satire altar calls, botching altar calls, way of the master
← The dangers and concerns in ‘Four Point Calvinism’ I have resolved to learn to play a musical instrument this year… Honest! →

One response to “10 Ways To Successfully Botch An Altar Call.”