[First posted in 2011] Is it true that the green shoots of recovery are sprouting and there is a gradually surging under current of hunger for Scripturally sound preaching with relentless intensity, indepth theological conviction and astute hermeneutic discipline? A couple of years ago Christianity Today noted that there was a growing resurgence towards Reformed Theology. Reformed theology or Calvinism stresses that the initiative, sovereignty, and power of God is the only sure hope for the sinfulness, fickleness, and moral weakness of human beings—and the glory of God is the ultimate theme of preaching and focus of worship. But how proportional has this interest panned out among different ethnic communities? This in its self is just a glancing over view of the paradigm shift in the Black communities.
END_OF_DOCUMENT_TOKEN_TO_BE_REPLACED

Voddie Baucham and the Youth Ministry.

Voddie Baucham answers the key questions surrounding youth ministry, its historical context, its failures, its industry, and its Biblical solutions.

Sola Cultura and Keeping the Gospel on the Down Low as the Church wins the Culture war.

Voddie Baucham delivers a much needed sermon on “Adapting to the Culture or Not” at the Master’s College.

Putting the ‘G’ back into Genealogies

Leave a comment Posted by The Cidrìe on February 25, 2012

In this clip Voddie Baucham goes through the genealogies and traces the crimson line from Adam to Jesus. Shweet!

Dear Voddie…Preach on! Preach on!

This is a very wonderfully passionate sermon clip where Voddie Baucham preaches on the cultures wars, the relevance of preserving the sanctity of marriage and the lace that binds everything together…the centrality of the gospel in our lives.

Now you know why I got carried away and kept screaming for him to preach on. 🙂 END_OF_DOCUMENT_TOKEN_TO_BE_REPLACED

This year I will become a millionaire! It’s in the Bible! Look!

Leave a comment Posted by The Cidrìe on January 2, 2012

I will tell you how I used to spend the last day of each year. Yup, we would spend it in church quoting Jeremiah 29:11. We would affirm: “This new year I will be prosperous! This is my year of divine destiny! This is my year of health, wealth and prosperity!”

But Voddie Baucham in this clip explains something very important. How I wish I had come across such teaching on exegesis and rightly understanding scripture in context.

Jeremiah 29:11 is just one of many mis quoted verses. END_OF_DOCUMENT_TOKEN_TO_BE_REPLACED

Total Depravity:What is the difference between me and Hitler?

This short clip expounds on the doctrine of total depravity:

If you didn’t read how livid The Dallas Voice was, this is an excerpt: 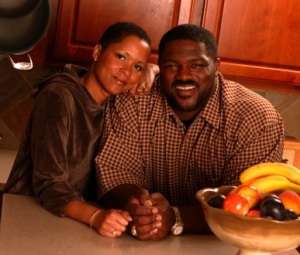 Voddie Baucham is a preacher at Grace Family Baptist Church in Spring, Texas. On Saturday, he addressed the opening session of the 2011 National Religious Broadcasters, an annual gathering of Christian broadcasters that’s taking place in Nashville. According to The Christian Post, Baucham urged them “to not buy into the ‘gay is the new black’ propaganda, but instead to remain committed to defending biblical marriage on the airwaves.” Baucham lamented that some broadcasters have become reluctant to bash gays on the air:

“The reason is the homosexuals have effectively co-opted blackness…to where now, we actually believe gay is the new black and we actually believe homosexual marriage is a civil rights issue,” he explained. “I’m insulted that people equate not just a sinful behavior but a behavior that’s a special category of sin called abomination with the level of melanin in my skin,” he said. ~Dallas Voice