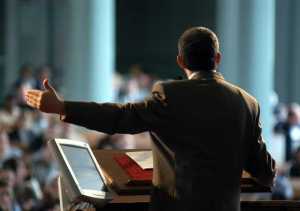 [First posted in 2011] Is it true that the green shoots of recovery are sprouting and there is a gradually surging under current of hunger for Scripturally sound preaching with relentless intensity, indepth theological conviction and astute hermeneutic discipline? A couple of years ago Christianity Today noted that there was a growing resurgence towards Reformed Theology. Reformed theology or Calvinism stresses that the initiative, sovereignty, and power of God is the only sure hope for the sinfulness, fickleness, and moral weakness of human beings—and the glory of God is the ultimate theme of preaching and focus of worship. But how proportional has this interest panned out among different ethnic communities? This in its self is just a glancing over view of the paradigm shift in the Black communities.

Immigrant and Ethnic minority churches tend to exhibit the roots of their native countries. So if there is a growing prosperity movement in Nigeria or South Africa, some of that influence becomes transplanted into the Diaspora. Perhaps the most obvious example is the Universal Church of God in Brazil, which has planted churches in every major Latino area in the U.S. and buys television time on most Spanish-language networks. Black American Christian communities mostly drift towards Liberation Theology and Prosperity Gospel. Liberation theology sees the Christian mission as bringing justice to oppressed people through political activism, solving their social and economic plight. Some say that this theology is actually destroying Black Churches. Some pastors have rightly postulated that the health and wealth gospel is as much a threat to the historic black church as theological liberalism was to the evangelical church in the early part of the 20th century. Leading mega church pastors in the United Kingdom pond probably think other wise.

Anthony J. Carter, author of On Being Black and Reformed: A New Perspective on the African-American Christian Experience. Was asked by Faith Magazine why African-Americans are attracted to mega-churches preaching the prosperity gospel?

That type of preaching is experiential—it has a very practical element to it, and it draws upon the experiences of both the preacher and the congregant. This message tells them that they can have what they desire, what they see around them. Many are socially and economically outcast, and this teaching allows them to rejoin the economic stream. It says, This is what God wants you to have. And that’s very appealing. African-Americans have a high view of church, the preacher, Scriptures. When you couple that with the prosperity message, it’s very appealing.

In Africa there is an explosive growth an spread of prosperity gospel especially among the Pentecostal denominations. Christianity in Africa was best summed with the adage, in an article by Peter Hammond “Here in Africa christianity is a mile wide and an inch deep”. While Paul Gifford, author of African Christianity: Its public role and Ghana’s New Christianity once lamented:

I remember listening to a sermon broadcast in Ghana. My wife, who heard the sermon with me, observed at the end: “Did you notice that Jesus wasn’t mentioned in that sermon, but Bill Gates was twice?” I hadn’t noticed, because in this sector of Christianity that omission is unremarkable.

With alot of churches drifting further away from expositional preaching and more so Gospel centred preaching, its kindof a rarity to find a church with Reformed foundational beliefs-let alone a Black Reformed preacher. I am not really an advocate for black only churches or church congregations clumped in ethnic groupings. For the gospel call must out to every body indiscriminately and it is God who draws the sinners to bring them to repentance and faith in Christ as He wills.

But every so often I come across a sound preacher from obscure backgrounds or ethnic minorities I am excited. It proves God in His Sovereignty always has a remnant set apart for Him. For His own Glory. How wonderful it would be to listen to a North Korean pastor preach about God’s Immutability. Or an Aborigine pastor extolling God’s Aseity (Self Existence) or an Eskimo proclaiming the Holiness of God.

I recently listened to Voddie Baucham, a young Reformed African American pastor and professor preaching with tears streaming down his eyes. (watch clip below) He was preaching about the Supremacy of God and did each word burn in my heart with such fervour. Voddie Baucham’s Sound Reformed Biblical exposition and down to earth demeanour and engaging presence has endeared him to many young people. As an “Evangelist to the intellectuals” he has been instrumental in handling teaching on classical apologetic issues like the validity and historicity of the Bible, the resurrection of Christ; teaching on biblical manhood/ womanhood, marriage and family.

At this point in time when the foundational principles of Christian doctrine are being watered down and attacked, it behooves us as the multi ethnic body of Christ to applaud the gracious resurgence of interest in sound theology and scriptural literacy. We must then hold fast onto that which Jesus taught, the Apostles believed and affirmed and the Reformers fought for. Sound doctrine is not optional it is an imperative. Like martin Luther we all must come to a point and say to the blantant overt heresies and pragmatic church growth and purpose drivenism philosphies creeping into church:

“Unless I am convinced by Sacred Scripture or by evident reason, I will not recant. My conscience is held captive by the Word of God and to act against conscience is neither right nor safe.”

The Supremacy of Christ

6 responses to “Black and Reformed: A Paradigm Shift”