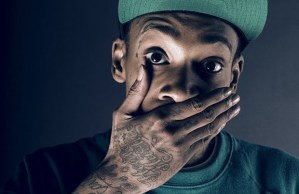 The town of Spring Lake, Michigan, near Grand Haven, has become the front line in the ongoing war from Progressivism. Christ Community Church has changed it’s named to the C3 Exchange and has removed it’s cross. Pastor Ian Lawton claims this was done to reflect it’s diverse membership. “Our community has been a really open-minded community for some years now. We’ve has a number of Muslim people, Jewish people, Buddhists, atheists, we’re catching up to ourselves.”

Removing the cross, as well as the name of Christ to the church may not be the only changes. Lawton is considering painting images of a heart and a globe on the exterior walls. On March 21 of this year, Lawton gave a sermon where he compared using the cross as a symbol of Christ to that of using a bullet to remember Martin Luther King, Jr.

Lawton hails from Australia where he was ordained as an Anglican priest. After getting a degree in sociology, he began developing a more progressive political slant and left first for New Zealand, then America. A believer in Liberation Theology, Lawson has been busy preaching social justice since 1994. Since his arrival in America, Lawton has become a leading figure in Progressive Christianity. He helped create SBNR.org, Spiritual But Not Religious, a worldwide network to advance his views.

Now practicing Zen and meditation, Lawton has caused a stir before. Last year, he delivered a sermon on how Mardi Gras was a celebration of sexuality. He mixes a wide range of other beliefs in his preaching, from Paganism to Sioux mythology. He blogs that he is proud to be a heretic.

Ian Lawton taking down the cross and changed the name of his congregation from Christ Community Church to C3 Exchange is just the latest move in what he describes as his own personal growth. In one sermon, he describes the crucifixion of Christ as “cosmic child abuse”. He finds the cross as an offensive symbol, a symbol of failure. He called the cross outside his church a problem. Well, it’s no longer a problem as he has taken it down. Original Article