When Another Televangelist Laughs his way to The Bank

Deception has been one of the oldest games since Eve fell foul in the garden of Eden. The most immediate reaction is usually why didn’t God step in at that moment and in one blaze of purple and blue smoking lightning zap the fruit and serpent into an ashen crisp or vapour? Why didn’t God realize that the serpent would be slithering his way into the garden sooner or later? Then how about in the modern day church, why are there heretics with wacky theology thriving in pulpits and on Christian television? Why do they seem to have larger followings, draw higher ratings and yet they seem to be delving in utter rank deception? Where is God when another false teacher or prophet panders his way through the pockets of innocent people? Well, thanks for asking. I came a cross an excerpt from A.W Pink that may perchance shed some light on what scripture says:

This is a very solemn question, and we must restrict ourselves to what the Scriptures say by way of reply.

From those words it is clear that God allows teachers of error for the same reason as He does persecutors of His people: to test their love, to try their fidelity, to show that their loyalty to him is such that they will not give ear unto His enemies. Error has always been more popular than the Truth, for it lets down the bars and fosters fleshly indulgence, but for that very reason it is obnoxious to the godly.

The one who by grace can say “I have chosen the way of Truth” will be able to add “I have stuck unto Thy testimonies” (Psalm 119:30, 31), none being able to move him therefrom. 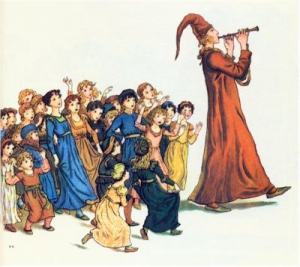 “For there must be factions among you in order that those who are genuine among you may be recognized.” (1 Corinthians 11:19).

Error serves as a flail, separating the chaff from the wheat. Let some plausible and popular preacher come forward with an old error decked out in new clothes and empty professors will at once flock to his standard; but not so with those who are established in the Faith. Thus, by means of the false prophets, God makes it appear who are the ones who hold the Truth in sincerity: they are faithful to Him despite all temptations to turn away unto a “broader-minded” way. The genuine gold endures every test to which it is subjected. Thus too are the unregenerate “converts” revealed: the counterfeit gold will not withstand the fire. Those who are attracted by a novelty do not endure but are soon carried away by some newer innovation.

From Pink’s Sermon on the Mount.