Is the concept of Lucifer’s flood Biblical?

Leave a comment Posted by The Cidrìe on September 12, 2012 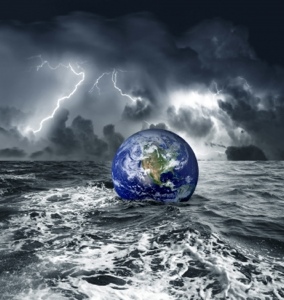 There is a lot to learn from the Genesis account in the Bible. However there seems to be a cluster of people who suggest that God has been keeping information from us and have come up with rather flimsy reasoning and pathetic exegesis upon which a lot of Christian doctrine does make an enormous frown. The first concept is the concept of Lucifer’s flood.

There have been attempts by some Christians to reinvent the Genesis account of the creation in order to make it compatible with the theories of modern geology and evolution. Of these attempts, there are three that are most popular: theistic evolution, progressive creation, and the gap theory, from which the term Lucifer’s flood, also known as the Luciferian flood, is derived. There is only one reason why Christians attempt to compromise God’s Word in this manner—they have accepted the claims of modern geologists and evolutionists that the earth is millions, if not billions, of years old, and they look for ways to squeeze these unfounded millions of years into the Genesis account.

Basically, the gap theory, which for some incorporates the so-called Lucifer’s flood, teaches that many millions of years ago God created a perfect heaven and earth (Genesis 1:1). At that time, Satan was ruler of the earth, which was inhabited by a race of men without any souls. Satan rebelled, and sin entered the universe after Satan’s rebellion and fall from heaven and brought God’s judgment in the form of a flood named for him—Lucifer’s flood. All the plant, animal and human fossils upon the earth today were caused by this flood and do not bear any genetic relationship with the plants, animals and humans living today. This flood is said to have occurred between Genesis 1:1 and 1:2, and it was this Luciferian flood that reduced the world to a state described as “without form and void” in Genesis 1:2.

The gap theory claims that the earth is very old, possibly millions of years, based on the observation that rock layers form very slowly today. The gap theorists claim to believe in a six-day creation and insist that they are against evolution. However, the same geologic evidence is used as proof for millions of years by evolutionists. For that reason, the gap theorists must now “play” with the Scriptures. They must propose that God literally reshaped the earth and re-created all life in six literal days, but not until after a Luciferian flood which produced the fossils we see today.

But there are some serious problems with this compromise with the Scriptures. First of all, the gap theory forces millions of years into the “gap” between Genesis 1:1 and Genesis 1:2 without any regard for biblical and scientific accuracy, and then claims to hold to a literal Genesis. This, in turn, brings up the question of the meaning of the term “literal.” “Literal” means “word-for-word accuracy.” Either God’s Word is literally true, or it is interpreted. It is impossible to have a literal interpretation; that would be an oxymoron because the two terms are mutually exclusive. If one’s interpretation of the Bible is contradicted by another verse in the Bible, that interpretation cannot be correct if we hold to a literal Genesis account of creation.

If God created a perfect heaven and earth, then all life on earth must also be perfect. If this “perfect life” was the source of the fossils buried by Lucifer’s flood, and sin entered this world by Satan’s rebellion, why do these same fossils show abundant evidence for disease and deformities by modern scientific analysis? The presence of disease and deformities in fossils proves that all things could not have been perfect and sin was already present before the flood that buried them. If sin was present before God’s judgment of Satan, then either the Bible is wrong or the gap theory is flawed.

If Lucifer’s flood was God’s judgment against Satan, and the earth was destroyed to such a state that it was without form and void, why did this flood not destroy the fossil record as well? What about Noah’s flood? Gap theorists must assume it had no significance. If Noah’s flood was not significant, why is the story of Noah used throughout the Bible to show God’s judgment on man, while Lucifer’s flood is never mentioned once? How can someone believe that Noah’s flood was insignificant and then believe in a literal Genesis?

Excerpt from Got Questions?