Putting a Boom Shakalaka in Acts 2!

Truthinator has been going through the book of Acts. And sure enough he reached Acts 2 and made a discovery.  Oh did he?! Well, you see there was a …. 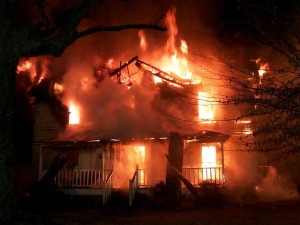 Boom-shakalaka  boom-shakalaka … Many of you have heard similar sounds to this from people saying they are speaking in tongues. But are they? Look at scripture. The disciples were gathered together and a rush of sound like the sound of wind entered the room. Something like divided tongues of fire rested upon each disciple. Each was filled with the Holy Spirit and spoke with other tongues (languages) as the Spirit gave them utterance.

The fire was not literal fire as we usually think of fire but God-sent visual signs that His power was active in that place. This was not the first time God had used fire to indicate His presence.

Watch what happens next. A multitude of mixed national origins with differing native languages hear the disciples speaking as if they are speaking in the native languages of the multitude! Apparently, most were astonished noticing that this was no everyday occurrence. Notice also, how the members of the multitude mention that these are all Galileans speaking these multipurpose languages. Galileans were from a mostly rural area not known for sophistication or education yet these men were displaying an amazing manifestation.

Some today continue to teach that once filled with the Spirit, people will speak in ‘unknown tongues’. The tongues spoken by the disciples here were not unknown. These languages were recognized by foreign visitors. Also, notice that the information given in Acts 2:1-4, is a description of what was occurring and not a prescription of what would always occur. This is a key distinction to keep in mind when studying scripture.

Those who say that anyone filled with the Spirit will speak with ‘tongues’ are not properly understanding scripture. Many other places in scripture show people being converted to Christ but do not mention such extravagant signs of the Spirit’s power.

I remember being in a service in a non-denominational church many years ago. The church taught that once saved, a person is filled with the Holy Spirit and later you get the super-charging of the Spirit including the gift of tongues (this is a slight paraphrase but the gist of the information is correct). What they did for speaking in tongues was not like the phenomenon being described in this section of the book of Acts. These people were saying ‘words’ that were not understood by anyone. They seemed to have an entire rulebook about speaking in tongues. Where did they get this rulebook?

It bears repeating that conversions did not always result in a manifestation of special languages being spoken by the redeemed. Peter later stands up to explain that the manifestation being witnessed is what was spoken of by the prophet Joel that God would pour out His Spirit and miraculous signs would accompany the event.  Paul would later write about the gift of tongues along with many other gifts of the Spirit. A key instruction given by Paul concerning tongues was to always have an interpreter. Apparently, the use of tongues was to be for edification not for the simple enjoyment of displaying a gift.

Careful stewardship of God’s gifts is very important. We should carefully guard what we do, say, and believe- especially when attributing the gift to God’s Spirit. I recently saw a video clip of a ‘preacher’ mooing like a cow and barking like a dog on stage. He claimed to be drunk in the Spirit. He may have been at least partly correct…drunk that is… We must use care when giving God credit for what we do.

Some say Acts 2 gives us the mandate to run a Joel’s bar anointing. That is you get bombed on the Holy Ghost and stagger as he intoxicates you with his wine. I wonder where we get the many theatrics of the modern day church. At least I know where to put the Boom Shakalaka of Acts 2 ;).

Like Loading...
Christianity, Faith acts, Bible Study, Pentecost, truthinator
← Mission to Moyo: Why would some one want to reach Africa’s unreached? 13 Signs You Could Be A Christian Nomad →

4 responses to “Putting a Boom Shakalaka in Acts 2!”