Can Man become as wicked as before the flood? 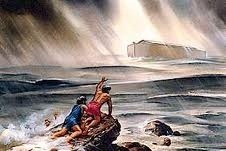 Yes. Man has been exceedingly wicked since the fall. Since our first parents rebelled against God we have all taken after them. But in terms of unity in wickedness the Bible tells us something happened after the flood…

If we go back to the early chapters of the Bible (chaps. 1–6 of Gen.), we read about the creation of man and then about man’s fall into sin. When Adam and Eve sinned against God, profound changes occurred. God drove them out of the Garden of Eden. They became sinful in character. Sin multiplied in the world. There began to be crime and lawlessness.
The world became a dangerous place. And, in the end, whether from violence, disease, or old age, people all finally died. In other words, in just the first six chapters of the Bible, God tells us that we lost something like “heaven on earth” (in the Garden of Eden) and found our- selves in a world that began to resemble hell. We will never understand the truth about ourselves unless we take full account of what has happened. The world of today is better, in some ways, than the world was before the great Flood that finally came in Noah’s day. END_OF_DOCUMENT_TOKEN_TO_BE_REPLACED

HELP! I am not sure I am saved…I may just be another false convert. 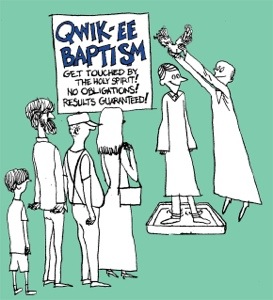 Are you wrestling with the thoughts that you may not be saved? Do you question whether your faith in God is genuine? Perhaps you feel like you’ve had a conversion experience in the past but your not sure if you’re a true convert. Below are five questions to ask yourself and explanations that provide general proofs of a genuine work of salvation. I hope that these provide helpful insight to you:

1) Is there present belief in God?
We are never to depend upon a previous testimony of something we did years ago such as pray a prayer or sign a card or walk down an isle for an altar call, we must presently be confessing Jesus Christ as Lord through faith.

2) Is there a habitual impenitent sin in your life?
A true Christian will not habitually and impenitently practice a lifestyle of sin. (1 John 1. 5-10). This does not mean that we will ever be sinless, this side of heaven, but that we who are in the light do not seek to remain in darkness.

END_OF_DOCUMENT_TOKEN_TO_BE_REPLACED

Help I think I am addicted to Altar Calls!

Many have walked down the aisle at altar calls a dozen times. They try Christianity for a while and then fall away. After another emotional sermon appeal they walk the isle in tears and a few weeks later the cycle is repeated. It’s now called “trying Christianity again” or “getting saved again”. How many times can one walk down an altar or keep “trying Christianity”?

The Bible says that once you are saved, you are never the same again; you are a new creature (2 Cor. 5:17). If you have gone back to your old ways, then most probably you were never saved (1 John 2:19). If, however, you were saved, then God won’t let you stay in rebellion for long. He will deal with you in whatever way is necessary to bring you back into fellowship with Him.

Did you become a Christian by going to church or by asking Jesus to forgive you of your sins? The latter makes you a Christian, the former doesn’t.

You don’t try Christianity to see if it works, or if your life gets better. END_OF_DOCUMENT_TOKEN_TO_BE_REPLACED

Do Calvinists put on rippling V-neck shirts and skinny jeans?

Contrary to urban mythologies spawned by ignorant sooth sayers and idle whisperers Calvinism is not about trends in fashion. It’s actually far from having a high view of man. So, if it’s not about v-neck t-shirts or tight skinny jean pastors, then what is Calvinism about? I am glad you asked. You see… 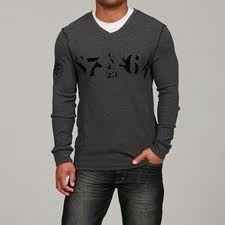 Calvinism, also known as reformed theology, is a movement within orthodox Protestantism that … adheres to a very high view of scripture and seeks to derive its theological formulations based solely on God’s word. It focuses on God’s sovereignty, stating that God is able and willing by virtue of his omniscience, omnipresence, and omnipotence, to do whatever He desires with His creation. It also maintains that within the Bible are the following teachings: That God, by His sovereign grace predestines people into salvation; that Jesus died only for those predestined; that God regenerates the individual to where he is then able to and wants to choose God; and that it is impossible for those who are redeemed to lose their salvation… END_OF_DOCUMENT_TOKEN_TO_BE_REPLACED 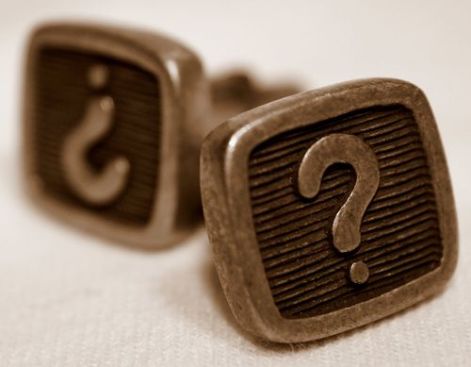 Well, if you are ready and armed with a Bible then here we go with a few easy trivia questions 😉

A: What is the shortest verse in the Old Testament?

B: Where in the Bible do you find a father who had 88 children?

C: Saul was the first king of Israel.  Who was the second? (It wasn’t David)

D: Who is the only person in the Old Testament mentioned as being buried in a coffin?

E: How many times does Eve’s name appear in Genesis?

F: Who are the only three angels mentioned in the Bible by name? END_OF_DOCUMENT_TOKEN_TO_BE_REPLACED